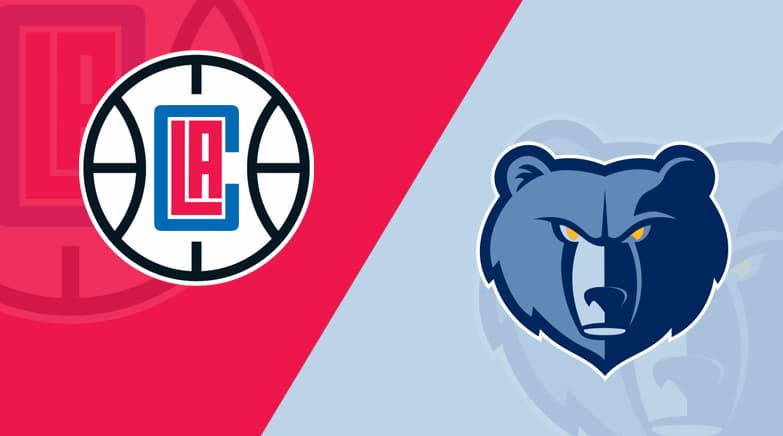 The Grizzlies were not able to cover as 10.5-point underdogs in their 117-105 loss to the Los Angeles Lakers in their last matchup. The game’s combined points (222) were under the projected point total of 235. Getting to the charity stripe was one of Los Angeles’ largest strengths. They made 40 trips to the line, while Memphis went 31 times. Memphis’ Brandon Clarke played well, recording 14 points and 10 rebounds.

The last time the Clippers took the floor, they fell to the Sacramento Kings, 112-103, despite being 9-point favorites. The combined points for the game (215) were well under the projected point total of 233. Sacramento’s turnover percentage was their biggest strength over Los Angeles. The Kings posted a mark of 11.5 (stronger than their season average of 12.5), while the Clippers had a rate of 16.0 (above their season average of 12.3). With 31 points on 10-for-23 shooting, Kawhi Leonard was the game’s high scorer.

The two teams have split their two matchups this season. The Grizzlies won the most recent matchup 140-114, covering as 10-point underdogs. The game finished with a total of 254 points, which was 23.5 points above the projected point total of 230.5 points. The Grizzlies made 24 of their 28 free throws (85.7 percent) and had a better turnover percentage (7.7 vs. 10.5). Jae Crowder was a standout player in the game, producing 27 points, eight rebounds and seven assists.

Memphis holds records of 28-28 straight up (SU) and 30-25-1 against the spread (ATS). Vegas is exceedingly precise when setting the O/U total of Grizzlies games, with an even split between overs and unders.

The aggressive Los Angeles offense might be getting to the foul line a lot in this meeting. The Clippers rank third in the NBA with a free throw attempt (FTA) rate of 0.228, while Memphis ranks 25th in FTA rate allowed (0.221).

Memphis averages 46.0 rebounds per game, which ranks eighth in the league. Los Angeles ranks 19th in rebounds allowed per game (45.9).

The Grizzlies average 7.9 steals per game, which ranks 13th in the league. The Clippers rank 22nd in steals allowed per game (8.1).

Memphis ranks first in points in the paint per game (57.2) while Los Angeles ranks seventh (49.3).

Over its last five outings, Memphis is 2-3 ATS with 3 unders and 2 overs.

Los Angeles is 1-4 ATS with 3 unders and 2 overs over its last five games.

The Grizzlies’ average margin of defeat in their last five games has been 2.8, up from 1.7 for the season.