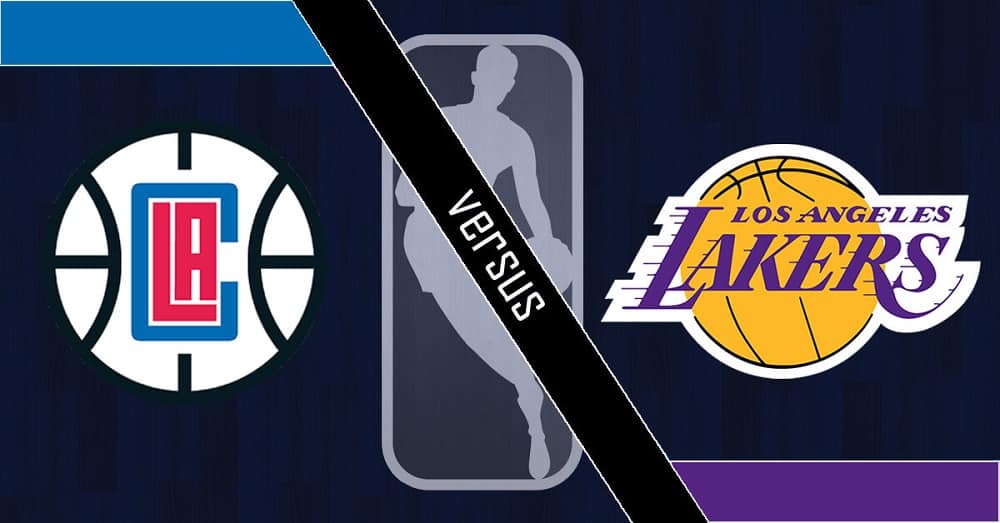 For the second time this season, the Los Angeles Lakers will face off against the Los Angeles Clippers, so here’s the best NBA betting pick for Sunday, April 4, along with the latest odds update on DraftKings Sportsbook.

The Lakers are quite shorthanded, playing without LeBron James (ankle) and Anthony Davis (calf), while Wesley Matthews (neck) is listed as questionable for Sunday’s clash. The latest acquisition, Andre Drummond, is sidelined with a toe injury, so the reigning champs opened as massive 10.5-point underdogs.

On the other side, the Clippers are without Serge Ibaka (back) and Patrick Beverley (knee). They beat the Lakers on an opening night of the season, 116-109, upsetting the odds as 2-point dogs at Staples Center.

The Los Angeles Lakers (32-18; 28-22 ATS) are coming off a comfortable 115-94 victory over the Sacramento Kings as 4.5-point road underdogs, tallying their third win in the last four outings. The reigning champs shot 47.8% from the field and 51.5% from downtown while playing some tough defense.

Kyle Kuzma went off for 30 points on 11-for-18 shooting from the field and 4-for-7 from beyond the arc, and the Lakers proved how dangerous they are when their 3-point shooting works well. Kentavious Caldwell-Pope also went 4-for-7 from deep, while Dennis Schroder made three of his four attempts from beyond the arc and finished the game with 17 points, eight assists, and four steals.

Since LeBron’s injury in a 99-94 defeat to Atlanta, the Lakers have gone 3-4 straight up and 2-5 ATS. They are No. 4 seed in the West at the moment, trailing half a game behind the Clippers, while the fifth-seeded Nuggets are only half a game behind.

The Los Angeles Clippers (32-18; 28-22 ATS) will look to stop a two-game slide Sunday, coming off a 101-94 loss to the Denver Nuggets as 2-point favorites. After a 103-96 defeat to the Orlando Magic as 11-point favorites, the Clippers continued their nine-game homestand with another lousy offensive performance.

LA made just 41.2% of its field goals and 29.4% of its 3-pointers against Denver. The Clippers trailed for all 48 minutes and by as many as 18 points, and only three players scored in double figures including Kawhi Leonard who led the way with 24 points and 12 rebounds.

I’m looking for the Clippers to make a statement here, beat the Clippers, and retain the No. 3 seed in the West. However, I don’t feel comfortable with a massive double-digit spread and would take the Clippers as 7.5-point favorites at lower wages.

The stake is huge, and the Lakers won’t go away easily even though they miss two of their best players. You never know what can happen in games like this one, but without LeBron James and Anthony Davis, the Lakers will have a mountain to climb.

The under has hit in eight of the Lakers’ last nine games overall including the previous five. On the other side, the under is 3-2 in the Clippers’ last five outings, and I’ve already mentioned that they’ve failed to hit the 100-point mark in two straight showings.

Therefore, I’m backing the under on the totals. The Lakers have to bring their best defense and look to slow down the Clippers’ 3-point shooting. That’s the only way the reigning champs can keep it close, considering Davis and LeBron’s absence.