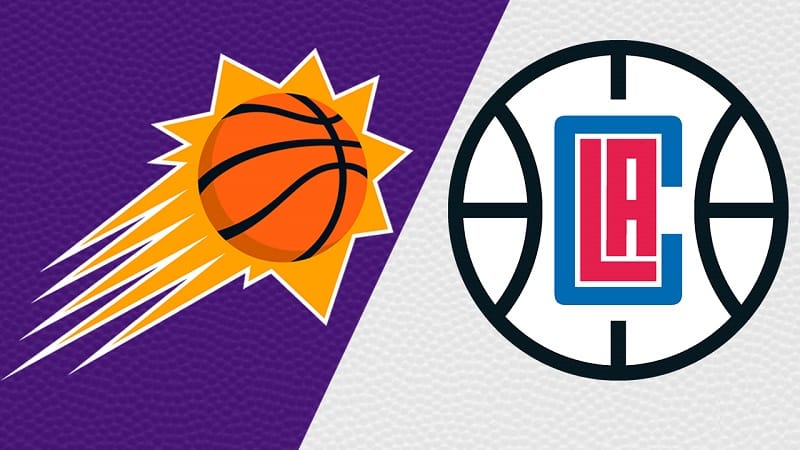 A potential Western Conference playoff preview is set for Thursday night when the Los Angeles Clippers (19-19, 7-8 away) visit the Phoenix Suns (29-8, 16-4 home). Phoenix is currently the second seed in the West, half a game back from the Golden State Warriors, and Los Angeles is in a play-in game spot. This game will air live on TNT.

Los Angeles has had major injury issues, so they are led by some surprising names. Reggie Jackson leads the team in scoring as he is averaging 16.9 ppg on 39.1% shooting. Ivica Zubac is grabbing a team high 8.25 rebounds, 5.5 defensive and 2.7 offensive, and Eric Bledsoe leads the team with 4.1 assists per game. Luke Kennard and Nic Batum are expected to be out.

The Suns are led by Devin Booker, Chris Paul, and Javale McGee. Booker leads the team with 23.9 points per game, on 45.1% shooting, and Paul is dishing out a team high 10.1 assists. McGee is leading the team with 7.4 rebounds, 5.0 defensive and 2.4 offensive, but Deandre Ayton would be leading the team if he played enough games. Landry Shamet is expected to miss this contest.

Last time out, Los Angeles hosted the Minnesota Timberwolves and suffered a 122-104 defeat. This game was tight for the first 15 minutes, or so, but Minnesota pulled away at the end of the second quarter and never looked back. Serge Ibaka led the team with 17 points, but the player of the game of Los Angeles was Xavier Moon and his 13 points, four rebounds, four assists, and four steals off the bench. Minnesota shot 52.7% from the field, just 35.6% from three, and made eight of their nine free throws.

Phoenix visited the New Orleans Pelicans and left with an easy 123-110 win. The Suns came out firing in the first quarter, winning by 11, and were never really threatened throughout the final three quarters. Devin Booker had a team high 33 points and nine rebounds and Chris Paul had a monster 11 point and 15 assist night. New Orleans shot 40.4% from the field, just 30.3% from beyond the arc, and made 28 of their 32 free throws.