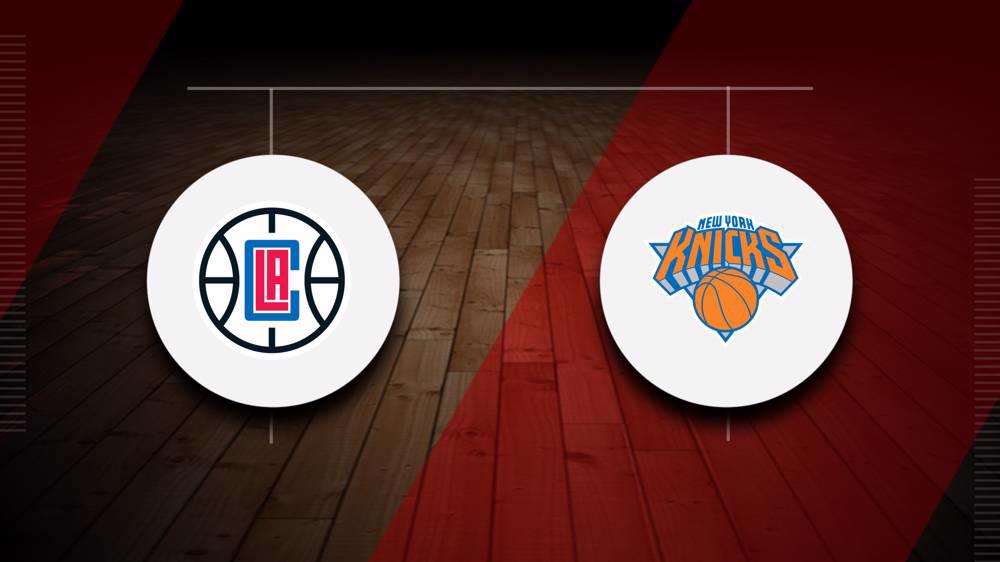 The Los Angeles Clippers continue their east-coast road trip Sunday at Madison Square Garden, so here’s the best betting pick for their interconference clash against the New York Knicks along with the latest odds on DraftKings Sportsbook.

The Clippers have owned the Knicks lately, winning 14 of their last 15 encounters including the previous four. They have no serious selection problems going into Sunday’s game, as only Patrick Beverley (knee) is on the shelf. On the other side, the Knicks might miss Reggie Bullock (neck) for the fourth straight contest, but all other players are ready to go.

LA rolled over the Magic for its second straight win

The Los Angeles Clippers (15-5; 12-8 ATS) are one of the hottest teams in the NBA at the moment. They’ve dropped only one of their last ten games overall, while the Clippers went 6-2 ATS through their previous eight outings.

LA is coming off a comfortable 116-90 victory at the Orlando Magic this past Friday. The Clippers hold Orlando to 36.0% shooting from the field and 30.3% from downtown. They shot 48.9% from the field while handing out 25 assists and committing only 11 turnovers.

New York routed the Cavs to snap a three-game skid

The New York Knicks (9-11; 10-10 ATS) had some tough nights in January, dropping eight of their previous 12 games, but they’ll try to finish the month in a strong fashion. After three straight losses on the road, the Knicks thrashed off the Cleveland Cavaliers this past Friday, 102-81, to open a two-game homestand.

Rookie G Immanuel Quickley went off for 25 points off the bench to lift his team over the Cavs. Julius Randle had another good game, accounting for 16 points, eight boards, and six assists, while R.J. Barrett added 24 points in 40 minutes on the floor.

The Knicks lean on their defense, allowing 107.5 points per 100 possessions (6th). They lead the NBA in opponent field goal percentage (42.6%) and opponent 3-point percentage (31.3%), but the Knicks force only 11.8 turnovers per game, and that’s the second-fewest in the league.

LA opened as a 7.5-point fave, and I don’t feel comfortable with all these points in New York’s favor. The in-form Clippers are a better team, for sure, but I wouldn’t be surprised if the Knicks manage to keep it close thanks to their defense.

The under is 13-4 in New York’s last 17 games, and it is 4-2 in LA’s previous six. On the other hand, the over has hit in six of the last seven encounters between the Knicks and Clippers including the previous four.

The bookies set the line quite low at 211.5 points, so I’m not sure what’s the best move here. Six of the Knicks’ last eight games produced fewer than 211 points in total, as well as five of the Clippers’ last six contests. I would lean on both defenses to do their job well, hoping for more down-tempo basketball in the Knicks’ games.