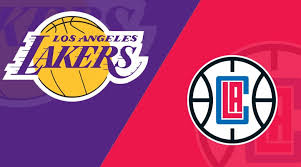 The 2019-20 NBA season goes on Thursday, July 30, at Disney World in Florida. The remainder of the season will be played at neutral site and without the audience on the stands, while the first day of this second part of the regular season brings an epic showdown between the Los Angeles Clippers and Los Angeles Lakers.

The tip-off is set for 9:00 PM ET, so let’s take a look at lines and odds along with our betting picks and predictions for one more clash between the Lakers and Clippers.

The Clippers could miss Patrick Beverley (7.9 PPG, 5.4 RPG) who’s quarantined, and head coach Doc Rivers said Beverley is questionable for Thursday night. Lou Williams (18.7 PPG, 5.7 RPG) will miss the Clippers’ first two seeding games for sure. On the other side, the Lakers miss Rajon Rondo (7.1 PPG, 5.0 APG) due to a thumb injury.

The Lakers enter this clash as 4.5-point favorites with the moneyline odds at -180 on William Hill. The Clippers are +160 underdogs at Sugarhouse, while the totals have been set at 216.0 points.

Hereof, the Lakers can be relaxed. They need a couple of wins in the bubble to clinch the top spot. The Clippers, on the other side, have much more on the table in this game. Doc Rivers’ team will be under huge pressure to retain the second seed in the Western Conference.

The situation is strange, as the two top Western Conference teams take on each other in their first competitive game in a while. Despite being the city rivals, the Lakers and Clippers will meet at neutral site this time.

Without Lou Williams, the Clippers’ bench boost won’t be as deadly as usual. Both Sweet Lou and Montrezl Harrell (18.6 PPG, 7.1 RPG) are strong favorites to win the Sixth Man of the Year Award. On the other side, both Dion Waiters and J.R. Smith should have a debut in the Lakers’ uniform.

Making predictions on any game between the Lakers and Clippers is a tough job, especially when both teams play their first competitive contest in almost five months. Therefore, I suggest you take it easy. Don’t invest a lot of money, or I think you shouldn’t.

Instead, I suggest you try to get some big wages at the smaller stake. This clash could easily be a tight one and decided by a few possessions down the stretch. You can pick any team to win be six or fewer points around +150 odds on William Hill or BetAmerica.

When it comes to the totals, taking the under looks like a logical choice, considering the fact that both teams can play strong defense. If you prefer betting on player props, I suggest you go with Kawhi in the over on his point total. The Claw is a key guy for the Clippers offensively, especially when they play heavyweight teams.