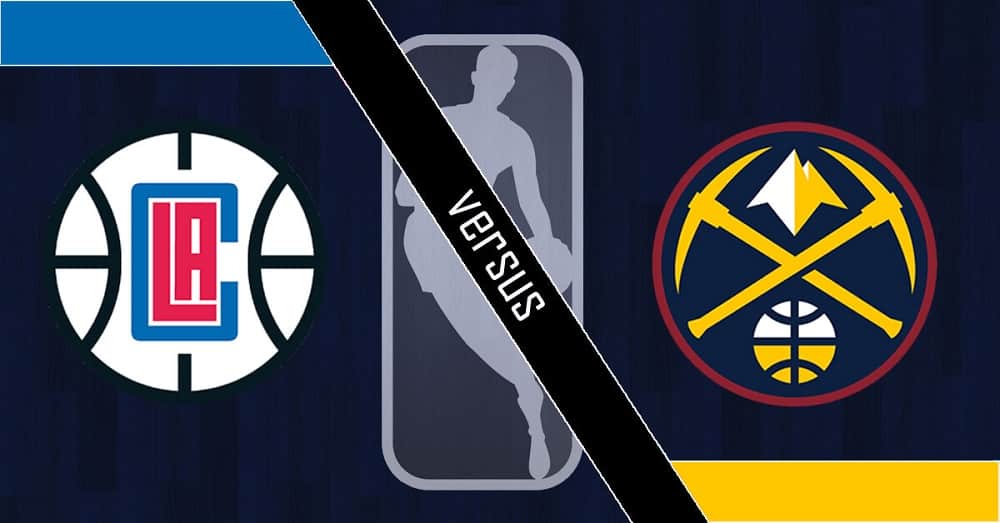 We still remember the Nuggets’ furious playoff run last season when they overcame a 3-1 deficit twice before losing to the Lakers in the Western Conference Finals. Denver eliminated the LA Clippers in the semis, so Friday’s clash at Ball Arena (formerly Pepsi Center) will have a lot on the table, especially for the visiting team.

The Clippers had high hopes last season. They probably can’t wait ‘till Christmas to face off against Denver, so here’s my best betting pick for the Clippers versus Nuggets showdown along with the latest odds update and team news.

For the second straight year, the Los Angeles Clippers started the season with a victory in the battle of LA. This term, they outlasted the Lakers 116-109 as 2-point underdogs mostly thanks to Paul George’s tremendous second-half performance.

After scoring just seven points in the first half, PG-13 finished with 33 on 13-for-18 shooting from the field to ruin the Lakers’ ring ceremony. Kawhi Leonard added 26 points; Serge Ibaka had 15 points and six boards on his debut in the Clippers uniform, while Lou Williams and Ivica Zubac combined for 22 points off the bench.

The Clippers were highly motivated on the opening night, posting 11 offensive rebounds along with ten steals. They scored 50 points in the paint while surrendering just 38 in a return, rounding up a strong overall performance.

The Nuggets stumbled at home, losing to the Kings in the opener

It was a proper a nail-biter at Pepsi Center last Wednesday night, as the Sacramento Kings upset the Denver Nuggets in overtime, 124-122. Mike Malone’s team blew a seven-point lead from halftime, allowing 36 third-quarter points to their opponents, while Nikola Jokic’s costly turnover decided the winner.

The Joker finished the game with a triple-double of 29 points, 15 rebounds, also 14 assists. Michael Porter Jr. scored 24 points on an excellent 9-for-15 shooting from the field, but Jamal Murray had only nine points and one assist while making one of his nine field-goal attempts.

The Nuggets desperately need more from Murray who averaged 22.6 points and 6.4 assists in that semifinal victory over the Clippers this past postseason. Also, they have to do a much better job on the glass after yielding 17 offensive rebounds to the Kings.

The Nuggets know they can get the upper hand in this one, and I expect them to bounce back from a disappointing loss in the opener. Denver opened as a slight 2.5-point dog on BetMGM Sportsbook, so buying a few points before you take the hosts would be a smart move.

This should be a tight contest, especially if the Nuggets manage to control the glass and get a solid performance from Jamal Murray. The Nuggets are 3-0 straight up and ATS in their previous three encounters with the Clippers at Pepsi Center (now called Ball Arena), so I doubt the Clippers’ chances to win this one easily.

The under has hit in six of the last seven meetings between the Clippers and Nuggets along with one push. None of those seven games produced more than 220 points in total, but it was a playoff series with a much higher stake than Friday’s contest.

On the other hand, the over has hit in three of the last six regular-season games between these two conference foes. Their previous two regular-season contests produced 235 points each, so I’m not sure what to think about Friday’s clash.

Following the betting trends should be a better choice, as the Nuggets have to play aggressive defense while trying to slow down the pace if they want to beat the Clippers.