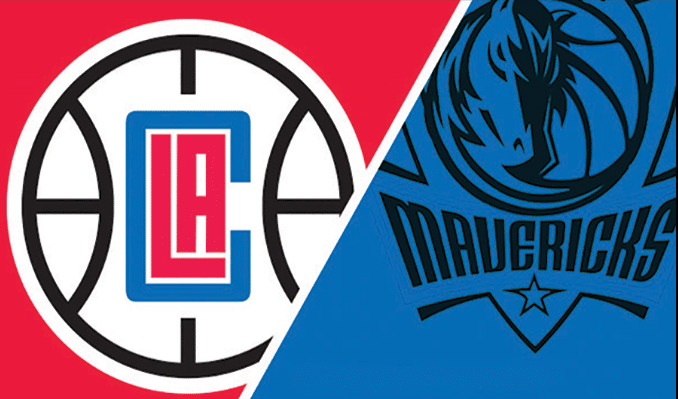 The Los Angeles Clippers take on the Dallas Mavericks in Game 6 of their Western Conference First Round series on Sunday afternoon. The second-seeded Clippers will look to finish the job and clinch the spot in the semifinals, while the seventh-seeded Mavs hope to force another game in Kissimmee.

We have prepared the best betting pick for Sunday’s showdown between the Clippers and Mavericks along with all need-to-know betting tips and trends, so let’s take a closer look.

The Clippers could miss Patrick Beverley, who’s listed as questionable due to a calf injury. The Mavericks lost Kristaps Porzingis for the season, as the 25-year-old forward suffered the meniscus tear. Trey Burke (ankle) and Dorian Finney-Smith (hip) are considered as questionable to play.

Los Angeles is a firm 10-point fave on BetAmerica, while Dallas sits at +370 money line odds. The totals are set at 238.5 points on Sugarhouse. For the first time in this series, the Clippers are listed as double-digit favorites.

The Mavericks will play with their backs against the wall. Their season is on the line, while the Clippers will try their best to avoid Game 7.

Both teams got a few days to rest extra due to the players’ boycott. The Mavericks should be happy with the situation, as they got humiliated in Game 5, losing 154-111 as 8.5-point underdogs.

The Clippers completely dominated the Mavs in their previous encounter, building a 19-point lead already in the first quarter. They shot ridiculous 63.1% from the field and 62.9% from beyond the arc while handing out 28 dimes and posting 18 rebounds more than their opponents (49-31).

Paul George has been struggling mightily in this series, but he’s found his mojo and dropped 35 points on the Mavs in Game 5. In his previous three outings, George has scored 34 points, so he’s had something to prove last time out.

The Mavericks obviously miss Porzingis a lot. Furthermore, Luka Doncic is playing with a sore ankle, so the Mavs are in big trouble. After tallying 43 points in a 135-133 overtime victory in Game 4, Doncic had 22 points on 35.3% shooting from the field in Game 5.

Without Porzingis, the Mavs are struggling to stretch the floor, while their interior defense is suffering, too. Luka is almighty from time to time, but he’s facing probably the best defensive player in the league in this series, Kawhi Leonard, while Paul George is also capable of playing tough defense.

The Clippers will finish the job in six games and hopefully cover a double-digit spread. I assume they won’t replicate that terrifying performance from Game 5, but the Clippers should have enough firepower to see off the Mavericks’ challenge.

Therefore, I would buy a few points and take the Clippers as 8-point favorites at -160 odds on BetAmerica. Kawhi and George and will be all over Doncic, while the Mavericks will have a tall task to improve defensively, considering their injury woes.

I would stick with the spread and avoid betting on the totals. The previous clash was a typical blowout and went in the over, as well as all games in this series except the opener. The Clippers are 7-2 SU and ATS in their last nine encounters with the Mavs.