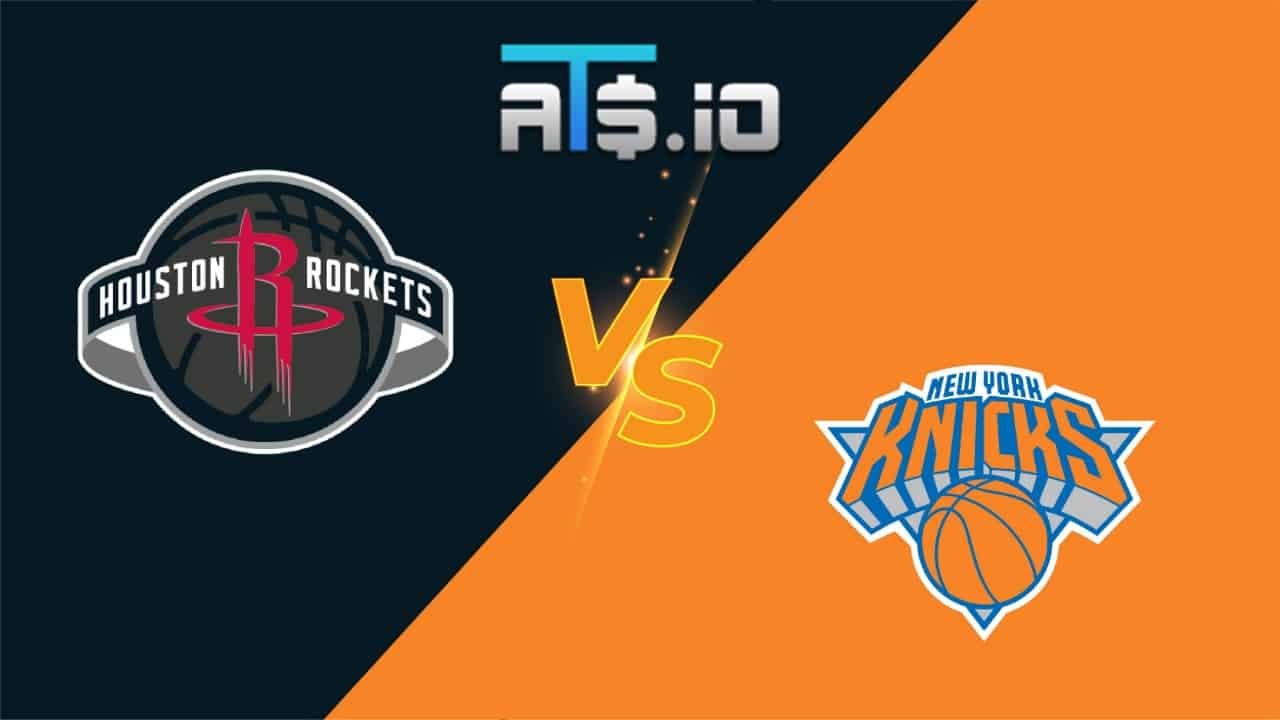 The Houston Rockets enter their matchup with the New York Knicks as the worst team in the NBA. But the Knicks have had some struggles of their own in recent games, causing concern among the most rabid fan base in the NBA. In our NBA predictions for Saturday, we look at Rockets vs Knicks and determine whether or not the struggles for New York will continue at the World’s Most Famous Arena.

New bettors at DraftKings Sportsbook can wager $1 on either team to win this Rockets vs Knicks matchup, with a $100 payout if a point is scored in the game.

Neither team is going to be at 100/1 odds to win this game at most sportsbooks, but DraftKings Sportsbook is offering new players at their site the ability to place a bet at 100/1 odds on the game. Here, bettors can bet one dollar on either team to win this Rockets vs Knicks contest and will collect $100 in free bets from DraftKings as long as a point is scored in this matchup. Both teams will do plenty of scoring, and this offer is one that will not lose for bettors.

Why Bet The Rockets:

✅ The Knicks just aren’t a team that is capable of blowing teams out on a regular basis right now. Their starting lineup is disastrous defensively, which should keep the Rockets in this game more than New York might like. We have seen the Knicks lose to the struggling Rockets twice at home already this season, justifying a play on the Rockets here.

✅ New York has lost three of its last four games, and has had a hard time putting the ball in the basket during that rough patch. Tom Thibodeau’s team has scored 100 or less in each of their last four games, which is a concern based on the way they shot the ball as a team late last season and early in the year this year. They have clearly cooled off since then.

✅ The Knicks are just 3-5 straight up at home this season. Despite the Knicks having one of the best home crowds in the NBA, they have not been able to translate that home court advantage to wins. They should be able to win this game, but things don’t look likely to get easier for the Knicks here even if they are playing the league’s worst team.

To say that it has been a rough start to the season for the Houston Rockets would be an understatement, as the Rockets have struggled mightily in their first 15 games. Houston is 1-14 on the year, and has lost its last 13 games consecutively after a 1-1 start. Here, the Rockets are a massive underdog once again, as the Rockets are 11-point underdogs after having an average margin of -11 in their first 15 contests in this campaign.

For the Rockets, the way that the Orlando Magic have played against the Knicks can serve as a blueprint. Orlando has beaten the Knicks in New York twice this season already, playing freely and aggressively throughout. Houston has nothing to lose at this point, and should try and take the game to the Knicks as well to see if they can break their long losing streak.

The New York Knicks have gone 8-7 to start this season, but that has felt a little disappointing based on the high expectations for them coming into the year. New York has lost three of its last four, and has really struggled to get production from their starting lineup on both ends of the floor. The second unit of the Knicks has been its best unit, and that is a problem for Tom Thibodeau’s team.

Coming into this game, it is difficult to justify taking the Knicks as such a heavy favorite, as they have been beaten convincingly during parts of each game where their starters are playing the opposing starting unit. But against a team that has been as bad as the Rockets, it is possible at least that the Knicks get right in this spot.