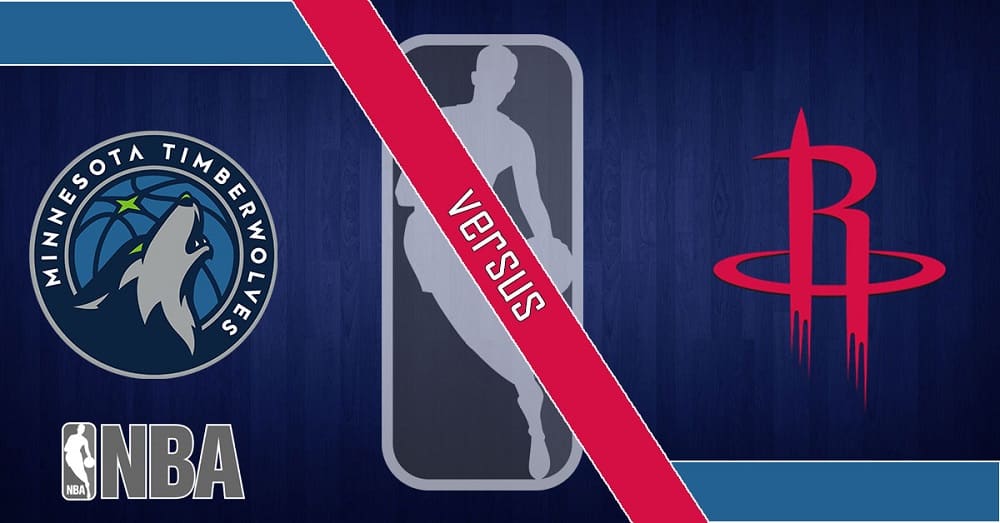 The Houston Rockets head to Target Center in Minneapolis for a two-game series against the Minnesota Timberwolves, so here’s the best betting pick for Friday night’s opener along with the latest odds update on DraftKings Sportsbook.

The Timberwolves are in a rare situation, opening as 4-point home favorites. Minnesota took the floor as a fave just three times in 2020, going 1-2 straight up and ATS in the process. The T-Wolves are winless in five straight meetings with the Rockets who are listed as +135 moneyline dogs for Friday’s contest.

Houston traded Oladipo and will be quite shorthanded against Minnesota

The Houston Rockets (12-31; 13-30 ATS) were busy Thursday ahead of the trade deadline, sending Victor Oladipo to Miami in exchange for Avery Bradley, Kelly Olynyk, and 2022 first-round swap rights. Those two guys won’t suit up Friday, while the Rockets will also miss Eric Gordon (groin) and David Nwaba (wrist).

Kevin Porter Jr. (14.9 PPG, 6.4 APG) will run the Rockets’ offense for the rest of the way, but he’s questionable to play Friday due to a quadriceps injury. Christian Wood (21.4 PPG, 9.8 RPG) remains a go-to-guy in the paint, while John Wall (21.0 PPG, 6.3 APG) should be an important part of the Rockets’ future despite his injury problems and quite an enormous contract.

The Rockets are coming off a heavy 122-97 home loss to the Charlotte Hornets this past Wednesday. It was their 21st defeat in the last 22 outings at any location, and the Rockets occupy the 14th spot in the West, 11 games behind the No. 8 seed.

The Minnesota Timberwolves (10-34; 18-25-1 ATS) are still the worst team in the NBA, trailing 2.5 games behind the Rockets. They’ve won three of their nine games played this month, but the Timberwolves are on a three-game losing streak following a 128-108 defeat at the Dallas Mavericks last Wednesday.

Rookie Anthony Edwards continues to impress, averaging 25.2 points per game over his last ten outings. Karl-Anthony Towns is posting 24.9 points and 9.0 boards a night over his previous ten showings, but the Timberwolves continue to struggle on both sides of the ball. Minnesota is without D’Angelo Russell (knee) and Malik Beasley (suspension).

The Timberwolves should take advantage of the Rockets’ awful form and win this game on the home court. Minnesota has had a few excellent displays earlier this month, so I’m looking for a bounce-back performance in this one.

Houston has been a disaster lately, as 13 of the Rockets’ last 14 defeats have come by 11 or more points. Give me the hosts to cover.

The under is 5-1 in Minnesota’s last six outings. Also, the total has gone under in nine of the T-Wolves’ last 12 outings on the home court as favorites. I’ve mentioned how bad their offense is, while the Rockets own the worst offensive rating in the NBA, scoring just 105.2 points per 100 possessions.

Houston is allowing 111.9 points per 100 possessions (14th), and the under is 4-1 in the Rockets’ last five outings. Considering the teams’ current form and their lousy offensive displays, this clash should go in the under.