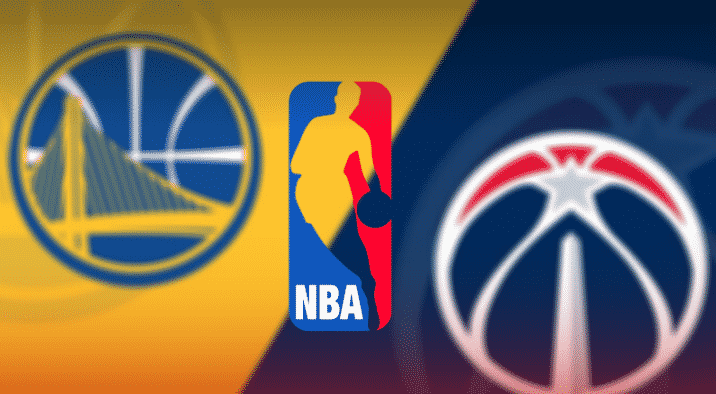 Wednesday night brings plenty of excitement to the sports bettors, as we’ll see 12 games around the Association, so here’s the best betting pick for the interconference showdown between the Golden State Warriors and Washington Wizards.

The Warriors and Wizards lock horns for the second and final time this regular season. Just 12 days ago, Washington outlasted Golden State as a 4.5-point road underdog, 110-107. This time, the Wizards are 3-point home dogs on BetRivers Sportsbook, while the totals are set at 240.0 points.

Washington is without Thomas Bryant (knee), while Rui Hachimura (knee) is doubtful to play. On the other side, Golden State misses Klay Thompson (Achilles), James Wiseman (knee), and Eric Paschall (hip).

The Golden State Warriors (29-29; 28-30 ATS) have won six of their last eight games overall, while Steph Curry continues to impress. The seven-time All-Star has scored 30-plus points in 11 straight outings and is averaging 41.3 points on 55.6% shooting from the field and 50.8% from downtown per game during that stretch.

The Warriors are coming off a 107-96 victory at the Philadelphia 76ers this past Monday. They stunned the best team in the Eastern Conference as 4.5-point road dogs thanks to some solid defensive work for all 48 minutes, while Curry accounted for 49 points including ten triples.

Golden State is now tied with San Antonio for the No. 9 seed in the Western Conference. The 11th-seeded Pelicans are 2.5 games behind the Warriors who look keen to secure the spot in the play-in tournament.

The Wizards hope to extend their win streak

The Washington Wizards (24-33; 30-27 ATS) have been terrific lately and rolling on a five-game winning streak at the moment. Also, they’ve dropped only one of their previous eight games overall while going 6-2 ATS in the process.

Last Monday, the Wizards easily outlasted the Oklahoma City Thunder 119-107 but failed to cover a massive 12.5-point spread on the home court. Bradley Beal tallied 30 points on 12-for-21 shooting from the field, while Russell Westbrook posted a triple-double of 13 points, 11 rebounds, and 17 assists.

The Wizards are tied with Chicago for the No. 10 seed in the Eastern Conference. The Raptors are only half a game behind, while the Wizards trail a couple of games behind the ninth-seeded Indiana Pacers. Washington visits OKC on Friday before another favorable matchup with Cleveland at home on Sunday night.

Both teams are fighting for the in-play tournament, so we should see a tight, hard-fought battle. Also, both clubs have been playing at a high level over the last few weeks, making this clash pretty tough to bet on.

I’m going with the Wizards who are finally healthy. Russell Westbrook and Bradley Beal will be keen to tally another one in the win column and get a step closer to the playoffs. They’ll be all over Steph Curry who’s been outstanding lately and will have to slow down eventually.

However, only two of the Warriors’ last 13 games produced more than 234 points in total. Also, ten of the Wizards’ previous 12 contests produced fewer than 241 points in total. I’m going with the under, but Washington to cover a 5-point spread remains my top betting pick here.