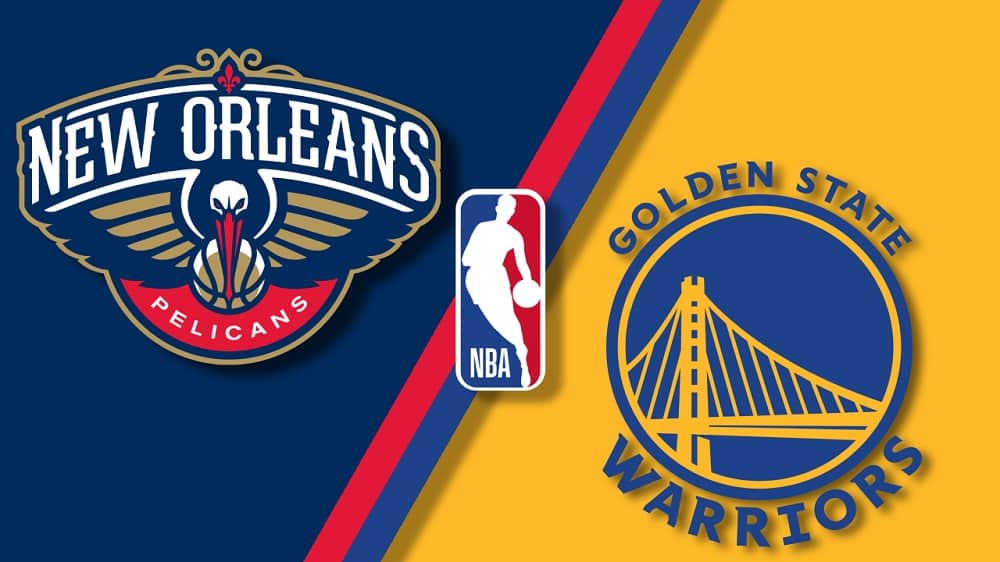 The Golden State Warriors head to Smoothie King Center in New Orleans on Monday night to open a two-game set against the New Orleans Pelicans, as these two Western Conference foes meet for the first time this season.

The Pelicans are listed as slight 1.5-point favorites for Monday’s clash, while the totals sit at 236.5 points on BetMGM Sportsbook. The stake is enormous for both teams, so let’s see what’s the best Warriors vs. Pelicans betting pick.

The Warriors beat Houston to stop a two-game slide

The Golden State Warriors (32-32; 30-34 ATS) bounced back from a couple of tough losses to Dallas 133-103 and Minnesota 126-114 with a 113-87 road victory over the Houston Rockets this past Saturday. They yielded only 32 second-half points to the hapless Rockets, while Steph Curry scored 23 of his 30 points in the third quarter.

Golden State is 3-3 straight up and 2-4 ATS over its last six outings. The Dubs are tied with the Spurs for the No. 9 seed in the West, three games ahead of the Pelicans, and just half a game behind the eighth-seeded Memphis Grizzlies.

The play-in tournament seems inevitable for the Warriors who still have a job to do in the final two weeks of the regular season. They miss five players due to injuries including James Wiseman (knee), Eric Paschall (hip), and Kelly Oubre Jr. (wrist). Oubre has been averaging 17.0 points and 5.4 rebounds a night over his last five showings.

The Pelicans look to extend their winning streak

The New Orleans Pelicans (29-35; 30-34 ATS) have won three of their last four games including the previous two over Oklahoma City 109-95 and Minnesota 140-136 in overtime. After scoring 27 points against OKC, Zion Williamson dropped 37 on the Timberwolves to help his team overcome a double-digit fourth-quarter deficit.

Zion was completely unstoppable in Minneapolis, making 14 of his 17 field-goal attempts. He’s been tallying 27.7 points and 7.1 rebounds per game in his last ten outings while shooting 60.1% from the field.

The Pelicans are three games behind the play-in spot, so they desperately need a couple of wins over the Warriors in the next two days. Following a two-game home series against Golden State, the Pels will start a five-game road trip. They are without Nickeil Alexander-Walker (ankle) and Josh Hart (thumb), while Steven Adams (toe) is questionable to play Monday.

The Pelicans have to take fool advantage of the Warriors’ injury-depleted frontcourt, so I’m expecting another dominant performance by Zion Williamson. On the other side of the ball, the Pels will struggle to deal with Steph Curry (35.2 points per game in the last ten apps). Still, if they execute well offensively, I think the Pelicans will come out on top.

The Warriors have been pretty unpredictable all season long. If Curry has a rare bad shooting night, Golden State will be in big trouble. Also, I will lean on the Pels to thrive under pressure and earn a huge win over another play-in tournament contender.

The sky-high line at 236.5 points makes this wager quite tough. Four of the last five meetings between the Warriors and Pelicans went in the under, and four of those five contests produced fewer than 217 points in total.

I will go with the over, but the Pelicans to cover remain my best pick here. Both New Orleans and Golden State love to push the ball in transition. The Pels average 99.7 possessions per 48 minutes (11th in the NBA), while the Dubs tally 102.4 (2nd).