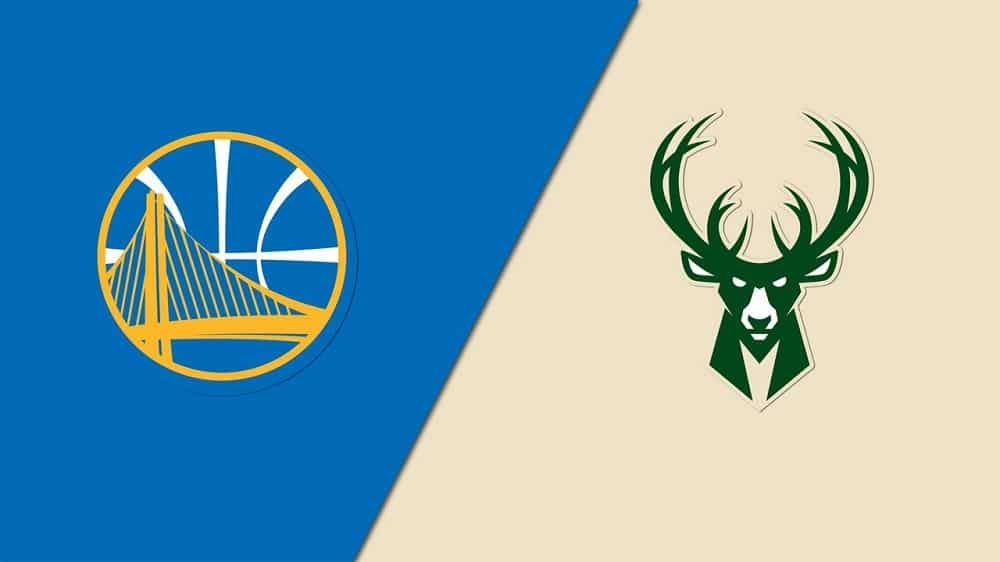 A possible NBA Finals preview will be played on Thursday night, as the Golden State Warriors take on the Milwaukee Bucks at Fiserv Forum. The defending champions will look to protect home court in this game against a Warriors team with the second best record in the NBA. In our NBA picks for Thursday, we look at Warriors vs Bucks from a betting perspective and determine which potential champion for this season will take down the other.

New bettors at FanDuel Sportsbook can get a risk-free bet worth up to $1,000 on this Warriors vs Bucks showdown!

New players at FanDuel Sportsbook can take advantage of the site’s new player promo for a risk-free bet worth up to $1,000. To take advantage, bettors can place their first wager on any of the markets in this game. If that bet wins, bettors keep their profits and can move forward with the site. If the bet loses, they will be refunded in the amount they wagered, up to $1,000.

✅ The Warriors have the best defensive rating in the NBA, and the best net rating in the NBA. While nobody is able to clamp down on Giannis Antetokounmpo in the entire NBA, the Warriors should be able to do a good job against the rest of the Bucks defensively in order to covers the spread and possibly win this game.

✅ Milwaukee is dealing with a huge injury in this game, as Jrue Holiday is out for this contest. Holiday would have been a huge help in guarding Steph Curry, and the Bucks will sorely miss Holiday on both ends of the floor in this contest against one of the top teams in the NBA.

✅ Golden State looked great for much of their game against the Grizzlies, losing on the road to a red-hot Memphis team earlier in the week. Golden State should get the better of a Bucks team that has lost two straight games and is having trouble finding consistency thanks in part to their injury woes.

The Golden State Warriors lost their third straight road game and their third game out of four overall on Tuesday against the Memphis Grizzlies. Despite a huge run in the third quarter that gave them the lead, the Warriors could not hold on in the fourth quarter, faltering down the stretch against a Grizzlies team that won its tenth straight game in that contest. Here, the Warriors’ schedule doesn’t get any easier.

For Golden State, despite the loss on Tuesday, there has to be a sense of encouragement based on the way they played against the Grizzlies. They fought back from 18 points down in the second quarter to rocket into the lead. More importantly, Klay Thompson has looked good in his return to the court, and he will be dangerous again here against the Bucks.

The Milwaukee Bucks have lost two straight games, dropping two games in a row in Charlotte against the Hornets. They have been dealing with the loss of one of their big three, as Jrue Holiday hasn’t been available for the defending champions. Here, he will be out again as the Bucks will be without his defensive ability against a team featuring Steph Curry, against whom Holiday would be very useful.

Fortunately for the Bucks, the Warriors will be without one of their most valuable all-around players in Draymond Green. Green would likely see some time against Giannis Antetokounmpo when the Bucks have the basketball. Without Green, the Bucks should be able to exploit the Warriors defense more than most teams do given Golden State’s status as the team with the league’s top defensive rating.