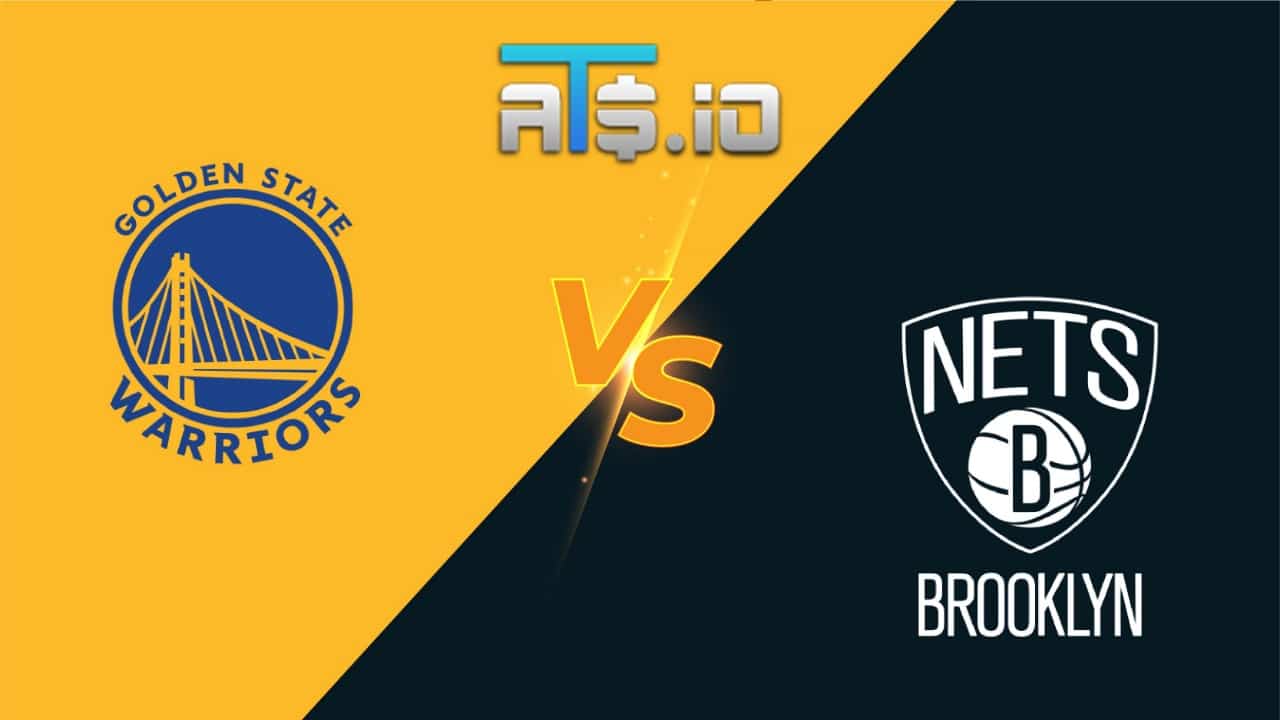 The Golden State Warriors and Brooklyn Nets both look like possible contenders for the NBA championship this season. And with both teams being red hot coming into their Tuesday night matchup, fans can expect a candidate for the game of the season from Barclays Center. In our NBA betting picks for tonight, we break down the Warriors vs Nets matchup, and provide our best bet for the game.

New bettors at DraftKings Sportsbook can wager $1 on either team to win this Warriors vs Nets matchup, with a $100 payout if a point is scored in the game.

DraftKings Sportsbook is offering 100/1 odds on Warriors vs Nets, and your bet doesn’t even need to win for it to cash. New players at DraftKings can wager one dollar on either team to win this game on the moneyline. If either team scores a point in the game, bettors will receive $100 in free bets, earning a 100/1 payout that can’t lose given that a point needs to be scored for any basketball game to end.

✅ The Warriors have the best record in the Western Conference, but they have played nine of their 13 games at home. They just lost their first game back on the road after an extended homestand, and they should do the same here against a Nets team that is rounding into form as of late.

✅ This line is shorter than it would normally be, thanks to the absence of Joe Harris in the Nets’ lineup. With Harris out, the Nets should be fine, as Harris is a sharp shooter but is ultimately replaceable in the Nets’ offense with the shot creation on the team coming largely from Harden and Durant.

✅ Brooklyn has won eight of their last 10 games, and has played the majority of its games on the road so far this season. Back home after a six-game road trip, the Nets should benefit from the backing of their home crowd, after not hearing from them for an extended period of time.

The Golden State Warriors couldn’t have dreamt of a better start to this season, going 11-2 and currently sitting in the top spot in the Western Conference. But the Warriors have played nearly three-quarters of their first 13 games at home, and will need to start piling up results on the road if they want to be taken seriously. They got off to a bad start in accomplishing that goal with a loss in Charlotte in their last game.

Against the Nets, they will also have to deal with the presence of Kevin Durant and James Harden in addition to the challenges of playing on the road. How the Warriors will guard both Nets stars remains to be seen, though it is expected that Andrew Wiggins will have to spend some time on Durant if they want to keep him in check.

The Brooklyn Nets have seemingly overcome a slow start, having won eight of their last 10 games to move to 10-4 on the season. Brooklyn just finished a six-game road trip, winning five of the games on that trip. Now the Nets are back home, looking to make a statement against the number one team in the Western Conference.

If there is one criticism to the Nets’ recent form, it is that several of their wins on their recent road trip came against subpar competition. Brooklyn beat the Pistons, Pelicans, Thunder and Magic during that six-game stretch, all of whom are likely to be in the race for this year’s worst record. But the Nets are clearly playing well, and are always in position to win when Durant is on the floor.