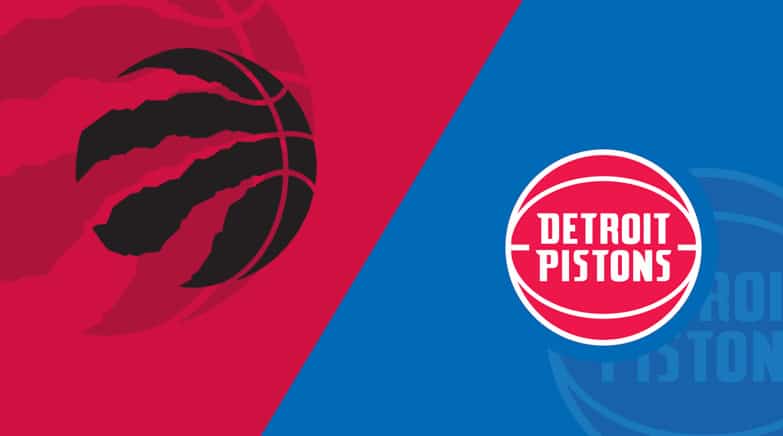 The Detroit Pistons head to Amalie Arena in Tampa on Tuesday night to face off against the Toronto Raptors who play their home games in Florida due to the COVID-19 pandemic. They open a three-game regular-season series, so here’s my best Piston vs. Raptors betting pick along with the latest odds on BetMGM Sportsbook.

The Pistons are coming without points guards Delon Wright (groin) and Kilian Hayes (hip), while their third-string PG Frank Jackson (illness) is questionable to play. On the other side, the Raptors miss Pascal Siakam due to the medical protocols.

The Detroit Pistons (9-25; 16-15-3 ATS) are on a three-game losing streak following a heavy 109-90 home defeat to the New York Knicks this past Sunday. They were completely outplayed, and the Pistons made only 38.4% of their field goals and 28.1% of their 3-pointers.

Furthermore, the Pistons played poor defense, allowing one of the worst offensive teams in the league to shoot above 50.0% from the field and make 13 of its 26 attempts from deep. Detroit yielded 52 points in the paint and scored just 34 in a return.

Jerami Grant continues to lead the way for the hapless Pistons, averaging 21.1 points and rebounds over his last nine outings. The Pistons arguably lack talent everywhere and score just 107.9 points per 100 possessions (25th in the NBA) on a terrible 43.8% shooting from the field (27th). They allow 112.5 points in a return (19th) on 47.9% shooting from the field (28th).

The Raptors had to postpone their Sunday’s game against Chicago due to the medical and safety protocols. Luckily, only Pascal Siakam will miss Tuesday’s clash, and the Raptors should have enough firepower to outlast the Pistons by ten or more points.

Detroit misses a couple of points guards and the Pistons’ offense often looks miserable on the floor. The Raptors are a solid defensive team, so I’m expecting the hosts to pile on Detroit’s misery. Also, the Raptors’ prolific backcourt will torture the injury-depleted Pistons.

The under has hit in four of Toronto’s last six games overall. The Raptors have to improve defensively if they want to stay in the race for the fourth seed in the East, so they will work hard against the Pistons’ who’s been struggling mightily on the offensive end since the start of the season.

Detroit failed to surpass a 100-point mark in three of their last six outings. The under is 6-1 in the Pistons’ previous seven games overall.