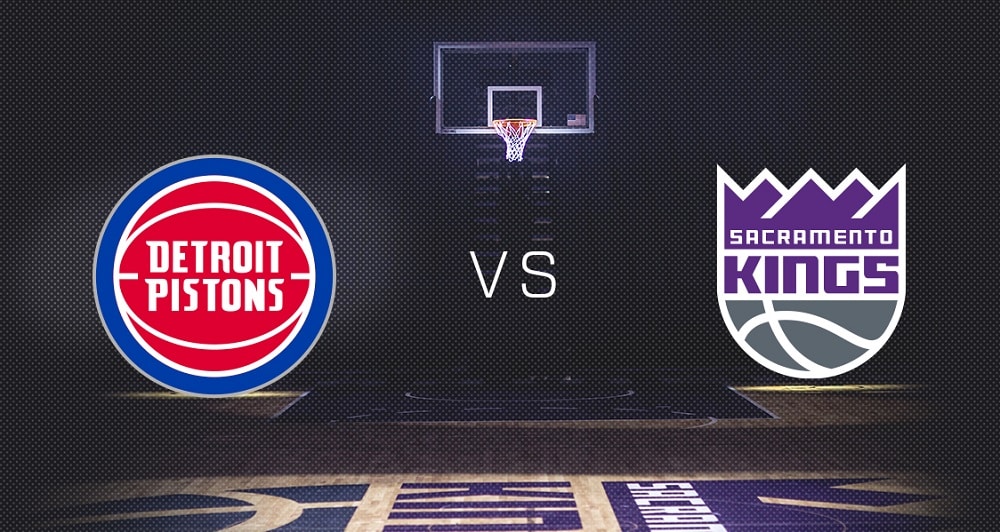 The Detroit Pistons head to Golden 1 Center in Sacramento on Thursday night to meet the Kings and wrap up their two-game regular-season series. Back in February, Sacramento narrowly outlasted Detroit as a 1.5-point road fave with a total of 228.0 points, 110-107, so let’s see what’s the best Pistons vs. Kings betting pick this time.

The Kings open as 5-point favorites on BetMGM Sportsbook, while the totals sit at 226.5 points. Sacramento is without Marvin Bagley (hand) and Hassan Whiteside (knee). On the other side, Detroit misses Rodney McGruder (elbow), while Jahlil Okafor (knee) is listed as questionable.

The Detroit Pistons (15-36; 26-22-3 ATS) have won three of their last six games overall, but they are still the worst team in the Eastern Conference. The Pistons trail 2.5 games behind the Magic and ten games behind the eighth-seeded Celtics, so they can already look to the future.

Dwane Casey’s boys are on a five-game road trip, and after an impressive 132-108 victory at Oklahoma City, the Pistons got routed at Denver 134-119 this past Tuesday. They couldn’t cope with the Nuggets’ prolific offense, allowing their rivals to shoot 59.6% from the field and 45.2% from beyond the arc.

Jerami Grant continues to lead the way for the Pistons. He dropped 29 points on the Nuggets and is averaging 19.8 points over the last ten outings. The Pistons shot the ball well over their previous five games, making 47.3% of their field goals and 39.5% of their 3-pointers, but they still score just 108.8 points per 100 possessions this season (24th in the NBA).

The Kings desperately need to stop their slide

The Sacramento Kings (22-29; 23-28 ATS) are sitting at the 12th spot of the Western Conference standings following four consecutive losses. Over the previous eight days, the Kings have suffered a couple of defeats on the road at San Antonio 120-116 and Minnesota 116-106 along with a pair of home losses to the Lakers 115-94 and Milwaukee 129-128.

The Kings are coming off that tough 10-point loss to the Timberwolves last Monday. The clash was tied at the end of the third quarter, and the Kings played some lousy defense down the stretch once again.

De’Aaron Fox is having a good season, and over his last ten showings, the 23-year-old Kentucky product has been posting 27.7 points on 50.8% shooting from the field per game. The Kings are scoring 114.5 points per 100 possessions (10th in the NBA), but their defensive rating of 118.5 points allowed per 100 possessions is the worst in the league.

The Kings are four and a half games behind the No. 8 seed in the West, so they have to start winning games in sequences. Beating the hapless Pistons is a must, especially on the home court, though Detroit has played well over the last two weeks.

Sacramento certainly possesses enough offensive firepower to score a bunch of baskets in this matchup, and I just hope their defense will finally show up.

The under has hit in the previous seven encounters between the Pistons and Kings in Sacramento. Also, the under is 12-1 in Detroit’s last 13 showings as a dog of five or fewer points, and it is 10-5-1 in Sacramento’s previous 16 games overall.

I will follow the betting trends, though it looks like a tricky wager due to the Kings’ leaky defense. At least, the Pistons are not a good offensive team and prefer to play at a slow pace, averaging 2.3 possessions per 48 minutes fewer than the Kings.