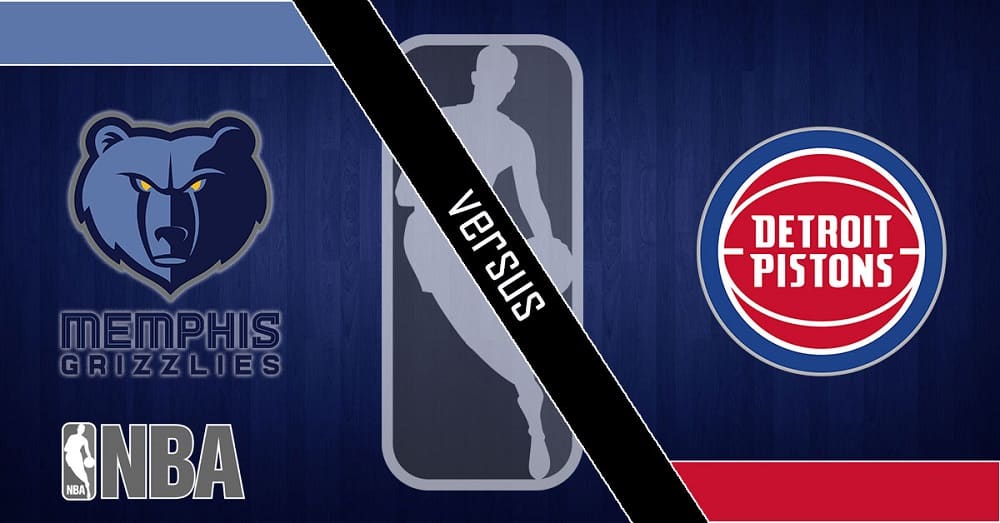 The Detroit Pistons head to FedExForum in Memphis on Friday night to take on the Memphis Grizzlies, so I’ve prepared the best betting pick for this interconference showdown that should be a joy to watch. Both teams have been playing in a solid form recently, and according to BetRivers Sportsbook, the Grizzlies opened as 5-point home favorites with a total of 222.5 points.

Memphis is still missing Jaren Jackson Jr. (knee) and Justise Winslow (hip), while both Dillon Brooks (thigh) and De’Anthony Melton (shoulder) are listed as questionable. On the other side, the Pistons are without Killian Hayes (hip), Sekou Doumbouya (concussion), and Blake Griffin (rest).

Detroit failed to extend its win streak, suffered a tough loss in Chicago

The Pistons blew a massive 25-point first-half lead. They scored a paltry 12 points in the third quarter, allowing the Bulls to take control and finish the job in the fourth. Jerami Grant led the way for Detroit, accounting for a career-high 43 points on an excellent 15-for-25 shooting from the field, but he had little help from his teammates.

Grant is the Pistons’ best player this season, no doubt. He’s averaging 23.8 points and 5.3 rebounds a night, while Delon Wright is adding 10.5 points and 4.9 assists per game. Detroit is racking up 108.8 points per 100 possessions (23rd in the NBA) while yielding 112.8 in a return (21st), so it’s no strange that the Pistons are sitting bottom of the Eastern Conference.

Memphis beat OKC, bounced back from a heavy loss to New Orleans

The Memphis Grizzlies (12-12; 12-11-1 ATS) have won three of their last five games overall and are coming off a 122-113 home victory to the Oklahoma City Thunder. It was the second day of a back-to-back set, and the Grizzlies managed to bounce back from a heavy 144-113 defeat to the New Orleans Pelicans.

Jonas Valanciunas dominated the Thunder in the paint, posting a double-double of 22 points and 12 rebounds, while Grayson Allen also had 22 points, making six of his ten attempts from beyond the 3-point line.

Ja Morant posted his first triple-double of the season against OKC, and sophomore guard is leading the way for the Grizzlies with 18.8 points and 8.3 assists per game. Memphis is scoring 111.3 points per 100 possessions (19th in the NBA) while surrendering 112.0 in a return (17th), and the Grizzlies are No. 9 seed in the West, one game behind Denver.

Blowing a 25-point lead will certainly hurt the Pistons’ confidence, and I’m expecting the Grizzlies to take full advantage of it. Memphis needs to guard Jerami Grant well, while Jonas Valanciunas will dominate the paint once more.

The Pistons work hard, but they are arguably a very limited team on both sides of the ball. The Grizzlies certainly possess more talent, especially on the offensive end, so give me the hosts to win and cover.

The Grizzlies’ last six games went in the over, while the under is 3-1 in the Pistons’ previous four outings. I would stick with the hosts to cover, as the totals could easily go either way.

The Grizzlies are capable of playing much better defense than they did over the last two weeks. On the other side, the Pistons prefer to play at a slow pace, averaging 97.8 possessions per 48 minutes (26th in the NBA), so taking the under seems like the right choice.