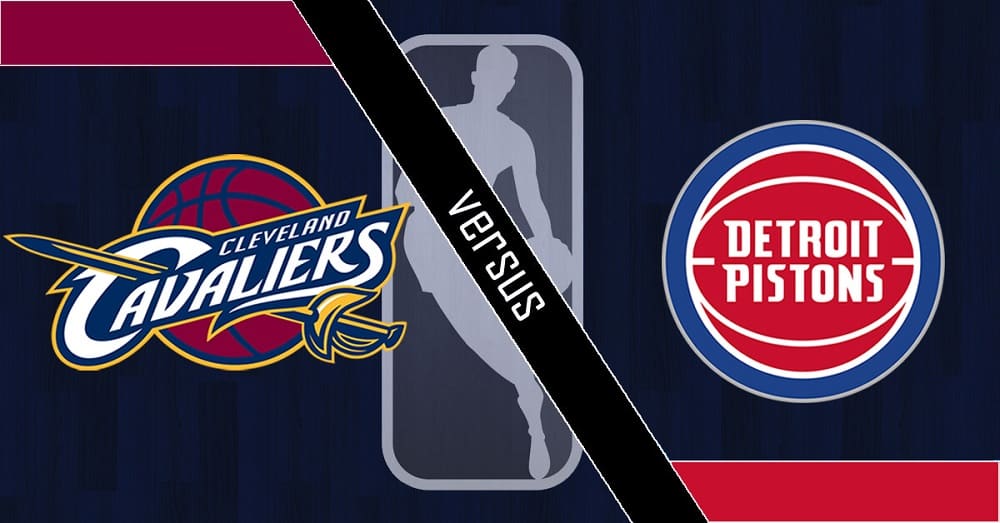 There are 12 games around the Association on Wednesday night, so I’ve prepared the best betting pick and tips for the Central Division showdown at Rocket Mortgage FieldHouse in Cleveland where the Cavaliers host the Detroit Pistons.

These two foes already met once in December, and the Cavaliers beat the Pistons in double overtime as 1-point road underdogs, 128-119. Cleveland is undefeated in three straight matchups with Detroit, but the Cavs lost their previous two home encounters with the Pistons. While Detroit miss Blake Griffin (rest) for this matchup, the Cavs are without Kevin Love (calf).

The Detroit Pistons (4-13; 9-7-1 ATS) just wrapped up a three-game homestand with a 119-104 win over the Philadelphia 76ers to put an end to a four-game losing streak. Delon Wright tallied career-high 28 points to go with seven rebounds and nine assists, while Jerami Grant added 25 points and eight boards.

The Pistons shot 50.0% from the field and 44.7% from beyond the arc in what was one of their best offensive displays of the season. Although they committed 19 turnovers, the Pistons were leading for all 48 minutes while completely controlling the flow of the game.

After a couple of surprising wins over Brooklyn, the Cleveland Cavaliers (8-9; 9-8 ATS) have dropped two straight games to Boston 141-103 on the road and the LA Lakers 115-108 on the home court. Hereof, it’s fair to say that Cleveland’s schedule has been pretty tough recently.

The Cavs fell apart against the Celtics. It was their worst performance of the season, no doubt, while the Cavs battled bravely against the reigning champions and kept it close for most of the game. However, they couldn’t cope with LeBron James who finished with 46 points, and the Cavaliers scored just 19 in the fourth quarter.

The previous clash between the Pistons and Cavaliers was a proper nail-biter, and we could easily see a similar scenario in this one. The Cavs opened as 3-point favorites on BetRivers Sportsbook, and I’m expecting them to win, so three points seem like a fair offer.

Andre Drummond (18.7 PPG, 14.6 RPG) will dominate the Pistons in the paint. He had a double-double of 23 points and 16 rebounds in that crazy win over Detroit in December. Collin Sexton (24.8 PPG, 4.2 APG) dropped 32 points on the Pistons in that one, so I’m looking for the Pistons to get things going offensively.

The last eight games between the Pistons and Cavaliers went in the over which is quite surprising considering how poor these two teams have been lately, especially on the offensive end. Therefore, I will ignore the trend and take the under, expecting to see a low-scoring affair.

The first duel of the season saw double overtime, while the score was tied at 101-101 at the end of the fourth quarter. Both teams prefer to play at a slow pace, as Cleveland averages only 97.3 possessions per 48 minutes (28th), while Detroit records 98.7 (25th).