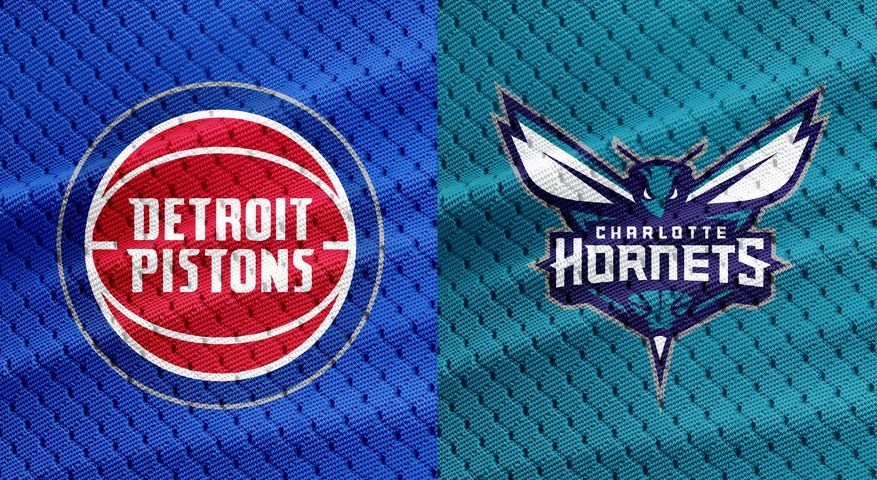 For the second time this season, the Detroit Pistons and Charlotte Hornets will take on each other, so here’s the best betting pick for their Saturday night’s conference showdown at Spectrum Center in Charlotte.

The Pistons lost four of their last five games

The Detroit Pistons (19-44; 32-27-4 ATS) continue to develop their young core, as the 2020-21 campaign is already ruined for Dwane Casey’s boys. They sit bottom of the Eastern Conference table, seven and a half games behind the play-in spot, and the Pistons have dropped eight of their last 11 contests including four of the previous five.

Detroit is coming off a 115-105 defeat to the Dallas Mavericks this past Thursday. It was a tight game all the way, but the Pistons failed to score in the final 1:19 of the fourth quarter while allowing nine points in a return.

The Hornets hope to stop a two-game slide

Now, the Hornets are sitting at the eighth spot of the Eastern Conference standings, two and a half games behind the No. 6 seed, and four games ahead of the 11th-seeded Chicago Bulls. They’ll continue to chase the Celtics and try to avoid the play-in tournament, but that will be a tall task with ten games left on their schedule.

The Hornets still miss LaMelo Ball (wrist) and Gordon Hayward (foot), so Devonte’ Graham and Terry Rozier lead the way for Charlotte. Graham is tallying 17.6 points and 6.9 assists per game in his last eight outings, while Rozier is averaging 20.4 points and 8.0 assists a night over his previous nine appearances.

This should be a tight contest, but the Pistons arguably don’t have any interest in winning it. Detroit already looks to the future and the 2021 NBA Draft, while the Hornets desperately need a win to keep pace with the No. 6 seed in the East.

I have to take the Hornets to cover even though they miss a couple of starters. Charlotte has owned the Pistons over the last few years, and I’m expecting them to extend the dominance Saturday at home.

The previous five meetings between Detroit and Charlotte at Spectrum Center went in the under, as well as eight of their last nine encounters overall. Also, the under is 8-3 in Charlotte’s last 11 games, 7-1 in the Hornets’ previous eight showings at home, and 8-4 in Detroit’s last 12 games overall.

I’m sticking with the betting trends, as neither team has impressed offensively over the last ten days. Charlotte surpassed a 104-point mark only twice in its previous six outings, and Detroit scored more than 105 just once in its last four contests.