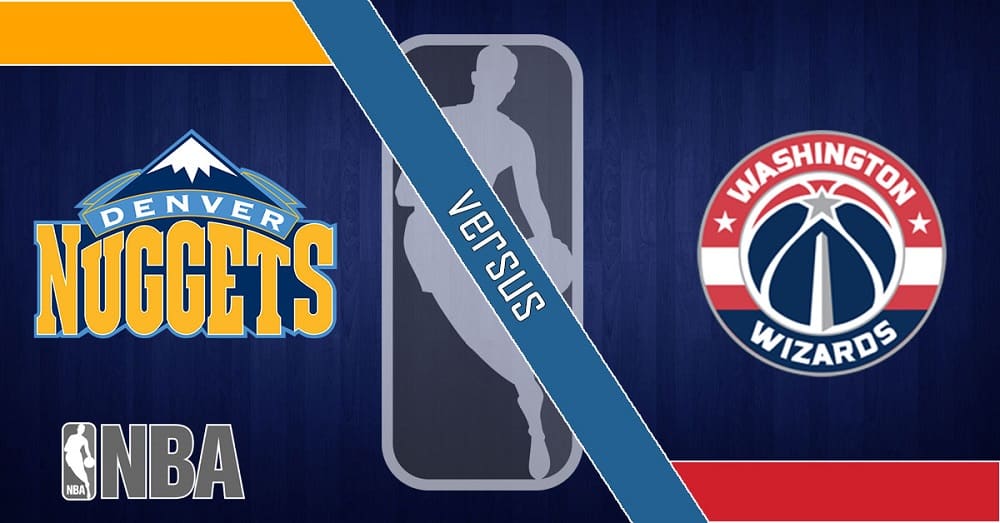 The Denver Nuggets and Washington Wizards will lock horns for the first time this season on Wednesday, February 17, 2021, so here’s the best betting pick for their interconference showdown at Capital One Arena in Washington, D.C.

Denver will play back-to-back, but the visitors still open as slight favorites, according to FanDuel Sportsbook. Also, the Nuggets have some injury problems, listing four guys as questionable for this matchup, while the Wizards are without Thomas Bryant (knee) and Ish Smith (quadriceps).

The Denver Nuggets (15-12; 12-15 ATS) were quite shorthanded last night in Boston, so they didn’t stand a chance against the Celtics, suffering a 112-99 defeat. Nikola Jokic put on another strong performance, accounting for 43 points on 16-for-23 shooting from the field and 8-for-8 at the line, while Jamal Murray added 25 points and six assists, but it wasn’t enough for the fourth straight win.

The Nuggets missed five players last night including Will Barton, Paul Millsap, Gary Harris, and Monte Morris who all play a prominent role in Denver’s rotation. Some of these guys might return Wednesday, but the Nuggets will certainly continue to lean heavily on Jokic and Murray.

Denver is one of the best offensive teams in the NBA even with a few guys on the sidelines, but the Nuggets shot only 26.5% from downtown at TD Garden. They rank fifth in the league in points scored per 100 possessions (116.4), sixth in field goal percentage (47.9%), and eighth in 3-point percentage (38.0%).

The Washington Wizards (8-17; 11-14 ATS) are three games behind the No. 8 seed in the Eastern Conference, so there’s still enough time for Scott Brooks’ boys. They’ve won two straight contests and will look to extend their streak in a tough matchup with the Nuggets.

Washington is coming off a 131-119 victory to the injury-depleted Houston Rockets this past Monday. The Wizards shot 52.2% from the field and 40.0% from beyond the arc, while Bradley Beal led the way with 37 points and eight rebounds. Russell Westbrook posted a triple-double of 16 points, 13 boards, and 15 assists but went only 8-for-22 from the field.

Despite all the injury problems among the Nuggets, I’m backing the visitors to win this battle and cover along the way. Denver should torture the Wizards’ defense, especially in the paint, as I don’t see who’ll guard Nikola Jokic.

Washington yields 114.7 points per 100 possessions (26th in the league). Also, the Wizards rank 25th in opponent field goal percentage (47.6%) and 24th in opponent 3-point percentage (38.1%). On the other side, the Nuggets will struggle to cope with Bradley Beal, but they seem like a better team than Washington on both sides of the ball.

I’ve mentioned the Wizards’ defensive flaws and the Nuggets haven’t impressed either, allowing 111.9 points per 100 possessions (16th). However, only one of the last six meetings between Denver and Washington produced more than 221 points in total, and the under is 5-1 in that span.

The Nuggets will try their best to slow down things, playing on the second day of a back-to-back set, so give me the under on the totals.