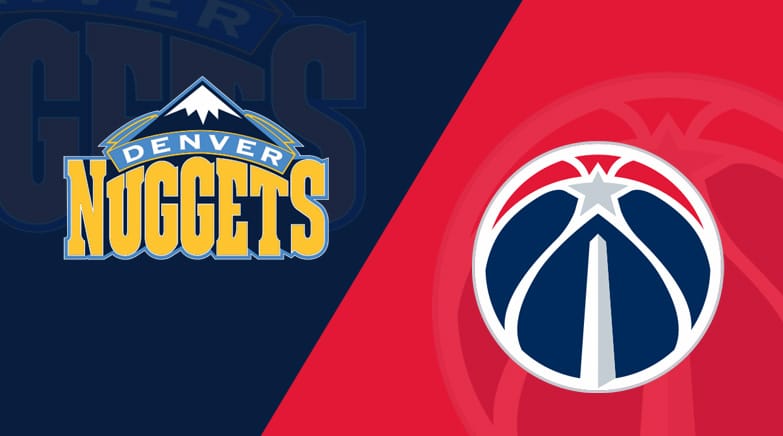 The last time the Nuggets played, they covered the 1-point spread against the Indiana Pacers, 124-116. The total points for the game (240) came in well over the O/U total of 208. Denver out-rebounded Indiana. The Nuggets had 15 offensive rebounds and 47 total rebounds, while the Pacers had nine and 34, respectively. Denver was lifted by Will Barton, who recorded 14 points, 10 rebounds and five assists.

The Wizards got blown out by the Portland Trail Blazers in their last contest, 122-103. They were unable to cover as 3.5-point underdogs. The game’s total points (225) came in over the O/U total of 217.5. Getting to the charity stripe was one of Portland’s largest strengths. They had 33 free throw attempts, while Washington had 25. Washington’s Jordan McRae put together a good performance, leading both teams in scoring with 35 points on 12-for-26 shooting.

It will be a battle of contrasting tempos as the fast-paced Wizards (ranked seventh in the league in possessions per game) will look to push the slower-paced Nuggets (27th in possessions per game). Additionally, the Nuggets rank first in offensive rebounding percentage (25.2 percent), while the Wizards rank 28th in defensive rebounding percentage (74.9 percent).

Meanwhile, Washington is 10-24 SU and 17-16 ATS. Unlike Denver, games including the Wizards have typically finished over the total (60.6 percent).

This is the second game of the season between these two teams. In the first, Barton had 17 points, eight rebounds and eight assists and the Nuggets beat the Wizards 117-104, covering as 10-point favorites. The game finished with a total of 221 points, which was 6 points below the projected point total of 227 points. The Nuggets had a much better offensive rebounding percentage (24.4 vs. 9.4) and had a better free throw rate (0.189 vs. 0.147).

The Wizards rank fifth in steals allowed per game (7.0) while the Nuggets rank seventh (7.2).

Washington is 2-3 ATS with 4 overs and 1 under over its last five games.