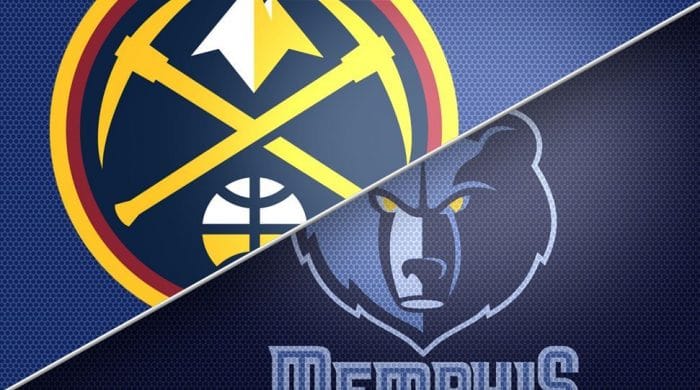 Denver opened as a 7-point favorite, while the game’s Over/Under (O/U) has been set at 211.5 points.

In the Nuggets’ last matchup, they topped the Brooklyn Nets, 101-93, resulting in a push. The total points for the game (194) finished well under the projected point total of 222.5. The Nuggets held the Nets to an offensive rebounding percentage of 12.7 (below their season average of 24.7) and an effective field goal percentage of 0.421 (below their season average of 0.540). Denver was lifted by Nikola Jokic, who was the game’s leading scorer with 18 points on 8-for-14 shooting.

The Grizzlies barely escaped the Utah Jazz in their last game, 107-106, despite being 8-point underdogs. The combined points for the game (213) came in just under the projected point total of 215. The Grizzlies had a great turnover percentage of 9.8 (better than their season average of 14.9) and held the Jazz to an effective field goal percentage of 0.454 (below their season average of 0.528). Ja Morant was Memphis’ leading scorer with 25 points on 9-for-22 shooting from the field.

After the Nuggets won two out of three matchups against the Grizzlies last season, these teams will clash for the first time this year. In the last game, Denver won 95-92. The Nuggets’ 14.3 turnover percentage was their biggest advantage over the Grizzlies, who had a rate of 18.0.

Denver is 8-3 straight up (SU), but they struggle covering the spread (3-6-2 against the spread (ATS)). Of the Nuggets’ 11 games, nine have gone under the projected point total.

Meanwhile, Memphis owns records of 5-7 SU and 5-7 ATS. Grizzlies games also have a tendency to finish under the total (58.3 percent).

Memphis might struggle to score as they face off against one of the league’s best defenses. Denver ranks seventh in defensive efficiency while the Grizzlies rank 26th in offensive efficiency. Ball protection should be an advantage for the Nuggets. They rank 2nd at avoiding errors (turnover percentage of 12.4 percent). Conversely, the Grizzlies force the seventh-fewest turnovers in the NBA (opponents’ turnover percentage of 13.8 percent).

Denver is 6-0 when they hold opponents under 100 points.

The Nuggets rank third in second chance points allowed per game (10.8) while the Grizzlies rank 25th (15.8).

Memphis averages 5.8 blocks per game, which ranks eighth in the NBA. Denver ranks 17th in blocks allowed per game (5.4).

Memphis is 3-2 ATS with 3 unders and 2 overs over its last five games.

The Nuggets’ average margin of victory in their last five games has been 5.8, up from 2.8 for the season.