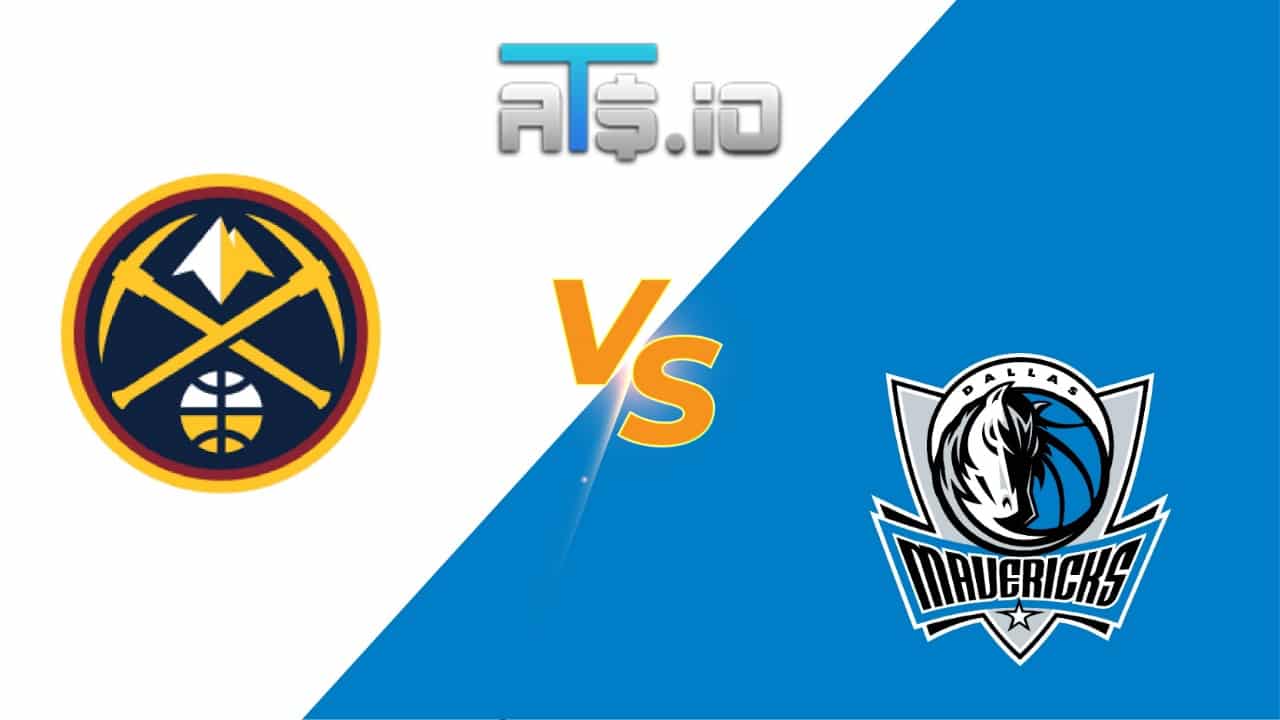 The Denver Nuggets and Dallas Mavericks are both in the top-four in the Western Conference standings heading into this week. Both squads are red hot, and are looking to keep their momentum rolling on Monday night in this in-conference clash. In our NBA betting picks for Monday, we look at Nuggets vs Mavericks and determine which side is the best one to take from a betting perspective.

New bettors at DraftKings Sportsbook can wager $1 on either team to win this Nuggets vs Mavericks game, with a $100 payout if a point is scored in the game.

Bettors who are just getting started at DraftKings Sportsbook can take advantage of their new player promo, which pays out 100/1 odds so long as a point is scored in the game. You are able to wager a single dollar on either team to win this Nuggets vs Mavericks game, and get $100 in free bets so long as either team scores a point.

✅ The rest advantage for the Mavericks is massive coming into this game. Denver played a game on Sunday night, which they won over the Portland Trail Blazers. But the Mavericks haven’t played since Friday night, and will be the much fresher team as they take on Denver, which will help them cover the spread here.

✅ Denver is going to have a hard time guarding Luka Doncic in this game, even more so than other teams. Without Jamal Murray or Michael Porter Jr. available for this game, the Nuggets don’t have anyone who can naturally guard him. Luka should have a huge game here at home, as the Mavs should move to 6-1 at home on the season.

✅ Denver has played five straight games at home prior to this contest, and look better than they would otherwise as a result. The Nuggets are just 2-3 on the road this season, and aren’t likely to impress in this game where they are playing on the road for the first time in over a week against one of the best home teams in the NBA.

The Denver Nuggets were incredible on their recent five-game homestand, winning all five of those contests to improve to 9-4 on the season. Here, the Nuggets go back on the road, looking to avoid dropping the second game of a back to back. But if they are going to beat the Mavericks here, they are going to need to clamp down on defense despite some injury concerns.

Michael Porter Jr. is going to miss this game for the Nuggets, as he is anticipated to be out for the near future for Denver. Without Porter, the Nuggets are going to have to find consistent scoring from players beyond Nikola Jokic on the road, which hasn’t been a given for them with their 2-3 road record thus far.

The Dallas Mavericks have had a couple of nights off, after beating up on the San Antonio Spurs on Friday night. Dallas has won four of its last five games, moving up to fourth place in the Western Conference with a record of 8-4. Here, they will look to take advantage of a Nuggets team that has played just 24 hours before the start of this important game in the Western Conference.

While Dallas is known for its defense, they have done an admirable job of locking in on the defensive end of the floor lately. The Mavs have held their opponents under 110 points in four of their last five outings, winning all four of those games. The Nuggets are without two of their key scorers coming into this game, and the Dallas defense should be able to capitalize on that.