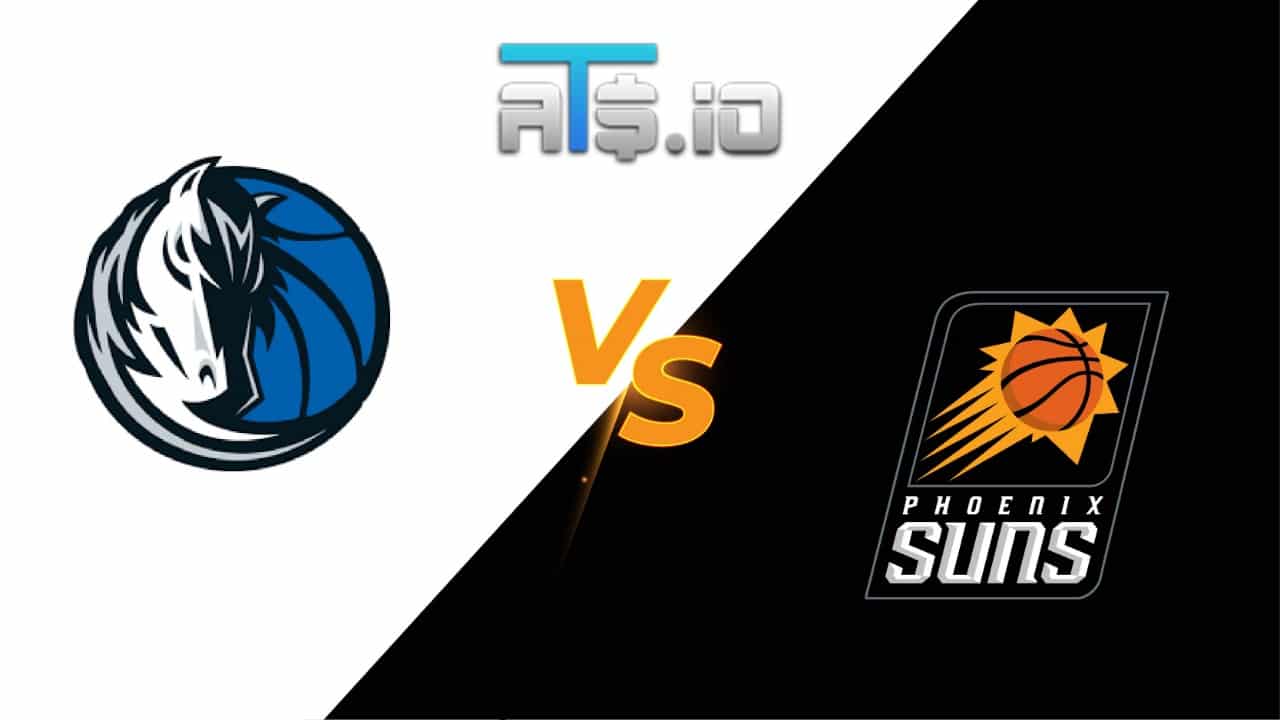 The Dallas Mavericks and Phoenix Suns played a very entertaining game on Wednesday, with the Suns coming back to pick up the win in that contest. On Friday, they will play once again in Phoenix, as the Mavericks look to overcome the loss of their leader for a second straight game. In this edition of NBA betting picks, we take a look at Mavericks vs Suns and pick whether or not history will repeat itself on Friday night.

New bettors at DraftKings Sportsbook can wager $1 on either team to win this Mavericks vs Suns matchup, with a $100 payout if a point is scored in the game.

When the Mavericks play the Suns for the second time in three nights, new players at DraftKings Sportsbook can take advantage of a new player promo that offers 100/1 odds on either team to simply score a point. New bettors can wager a dollar on either team to win this Mavericks vs Suns game, and claim $100 in free bets as long as either team scores a point in the game. Both teams are guaranteed to score in this game, making this offer one that cannot lose.

✅ Phoenix is up to 10 straight wins after beating the Mavericks on Wednesday. But the Suns trailed the Mavs for a lot of that game, and looked like the second best team for a lot of the contest. They got it together in the fourth quarter, but this looked like a more evenly matched game than the line suggested and there hasn’t been an adjustment from one game to the next.

✅ Dallas competed against the Suns in their last game despite only taking six free throw attempts in that contest. If they get anything closer to a normal number of free throw attempts on Friday, they should be able to play even better than they did on Wednesday, even if they regress slightly from three-point range.

✅ Dwight Powell matched DeAndre Ayton’s rebounding output in Wednesday’s game, with the Mavericks big man grabbing 13 rebounds to cancel out the 13 from Ayton. The effort level from Powell should be enough to hassle the Suns’ bigs, which will help make up for the loss of Luka Doncic even if it is hard to make up for his scoring touch.

The Dallas Mavericks had a five-point lead against the Phoenix Suns through three quarters of their game on Wednesday, before things fell apart on the Mavericks. Phoenix outscored the Mavs 37-25 in the final period of the game to win by seven, despite some impressive performances from Trey Burke and Frank Ntilikina off the bench. On Friday, the Mavs are set to be without Luka Doncic again, which will be a problem for the second straight game.

Without Doncic, the Mavericks are too reliant on Kristaps Porzingis and Tim Hardaway Jr., both of whom shot the ball 20 or more times. Both were wildly inefficient, combining for 43 points on 43 field goal attempts. If the Mavs want to beat the Suns on Friday, both players are going to need to score more on fewer shots.

Phoenix extended their winning streak to 10 games when they beat the Mavericks on Wednesday, and will look to take advantage of the absent Doncic to get to 11 straight on Friday night. The Suns continued to showcase their balance in Wednesday’s win, with six players hitting double figures in scoring against the Mavs. In this game, defense will be the priority, though.

The Suns allowed the Mavericks to make half of their three-point shot attempts on Wednesday, allowing Dallas to make up for the inefficient performances from Hardaway and Porzingis. Phoenix could make things a lot easier on themselves on Friday if they simply do a better job of guarding the perimeter.