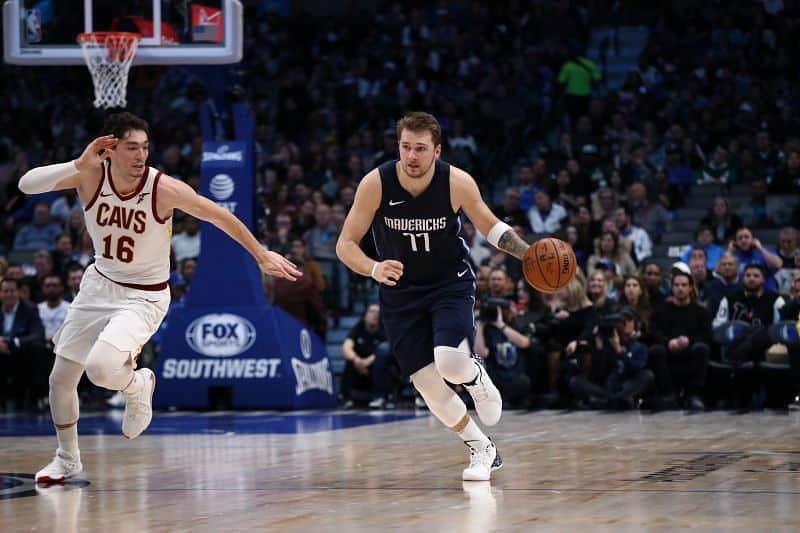 For the second time in just three days, the Dallas Mavericks and Cleveland Cavaliers will face off against each other to wrap up their two-game regular-season series, so here’s the best betting pick for their Sunday night’s showdown at Rocket Mortgage FieldHouse in Cleveland.

The Mavericks are undefeated in five straight encounters with the Cavaliers. Last Friday, the Mavs easily topped the Cavs as 10.5-point home favorites, 110-90. This time, Dallas is a 7.5-point road fave with a total of 215.5 points on BetMGM Sportsbook.

The Mavs look keen to keep their No. 5 seed in the West

Dallas completely shut down the Cavs on Friday, allowing them to make just 38.6% of their field goals and 20.7% of their 3-pointers. Luka Doncic led the way for the Mavs with 24 points and eight rebounds, while Tim Hardaway Jr. added 20 points on 7-for-14 shooting from the field.

The Mavericks are without Kristaps Porzingis (knee) and Maxi Kleber (Achilles), so Rick Carlisle’s boys have to lean on their defense a lot. Dallas has the sixth-best defensive rating in the NBA over its last ten showings, allowing 109.0 points per 100 possessions.

The Mavs hold the fifth spot in the Western Conference, one game ahead of the sixth-seeded Trail Blazers, and a couple of games ahead of the No. 7 seed that leads to the play-in tournament.

The Cavs are on a nine-game losing streak

The Cleveland Cavaliers (21-46; 24-43 ATS) have been a complete disaster recently, going 0-9 straight up and ATS in their last nine contests overall. They’ve earned just one victory in the previous 13 outings, as the Cavs are fully focused on the 2021 NBA Draft.

Cleveland misses six players due to injuries including Darius Garland (17.7 PPG, 6.2 APG) and Larry Nance Jr. (9.3 PPG, 6.7 RPG), while Kevin Love is questionable to play Sunday. Love sat out Friday’s clash with a knee injury, so Dean Wade got a spot start and contributed with nine points and four boards.

The Cavs look quite shorthanded, sitting at the 14th spot of the Eastern Conference at the moment, one game ahead of the Detroit Pistons. Their last five losses came by double figures, and the Cavs have yielded more than 120 points in four of those five contests.

The Mavericks cannot reach the No. 4 seed in the West, but they have to beat the Cavs once more in order to stay away from the No. 7 seed and the play-in tournament. Therefore, I’m expecting the Mavs to put on another strong performance and easily beat Cleveland on the road.

The Cavs have nothing to play for. They miss too many players, so I don’t think the hosts will have enough firepower to keep it close down the stretch. Another double-digit defeat is on the horizon.

As I’ve mentioned, the Cavs’ defense has been terrible over their last five showings, and their offense hasn’t been much better, failing to hit a 110-point mark in six of their previous seven contests. The Mavs could easily shut down the Cavs once again, so I’m backing the under on the totals.

Anyway, I would stick with the visitors to cover. You never know what can happen down the stretch, especially if the Mavericks build up a big lead and we get garbage time early in the fourth quarter.