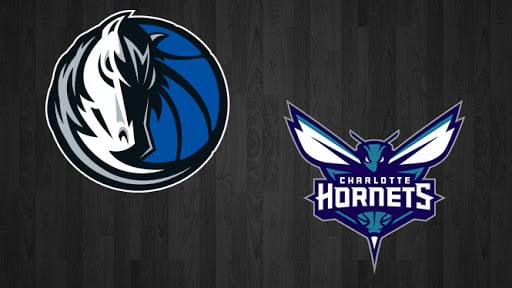 This inter-conference Mavericks vs Hornets matchup features a pair of teams locked into the playoffs. Each team will see the postseason in their respective conferences. That said, the playoff outlooks of each team are not remotely similar.

The Hornets feel locked into a playoff spot only because of the lack of competition behind their current 10 seed. The Knicks are the closest team, sitting five games back and 10 games under .500. There is not truly room for upward movement for the Hornets. Yes they only trail the Nets by a game and a half for the 8 seed, but the Nets are inching closer to having their stars available on a nightly basis. That is a very tall order to catch that Nets team.

The Mavericks on the other hand are positioned much better in the Western Conference. They are in the thick of the top of the conference. They are one of five teams that could realistically finish as high as the number two seed. The Mavs have been one of the hottest teams in the league since early February, and continue to roll despite facing a difficult portion of their schedule.

Be sure to keep a close eye on TJ’s NBA picks. The season long win rate is hovering above an other worldly 63%!

Caesar’s sportsbook continues to be the unquestioned leader in the industry in terms promotional offers for new users upon sign up. This most recent offer is a large risk free first bet. Even if your first bet on Mavericks vs Hornets loses, they will credit you with a free bet in the same amount. That free bet amount earned can be as high as $1100!

Why Bet The Mavericks

✅ The Mavericks have been one of the most difficult teams to beat over the last month and a half. They are 14-4 overall in their last 18 games. In their most recent East Coast stretch, they have played a very difficult group of opponents. They have played the trio of the Nets, Celtics and 76ers on the road, and won two of those games. More notably, in this 18 game stretch, they have just one loss to teams .500 or worse.

✅ These two teams have quite opposite preferences in terms of pace. The Hornets are the third fastest paced team in the league while the Mavericks are the slowest. The Mavericks have a way of dictating pace and have done very well against other fast paced teams of late. They have recently played three other teams in the top seven in pace, and won all three games. Their defense has a way of setting the tone in these games. The Mavericks have allowed more than 113 points just once in their last 18 games. That includes six games keeping opponents under the century mark.

✅ The Hornets wilt when faced with higher end competition. They do not do well when facing the elite of the league in either conference. In their last nine games against playoff teams that are not currently seeded in the play-in portion, the Hornets are just 1-8 overall. If we expand that to include the seven and eight seeds from both Conferences, that record plummets even further, to 1-13. Look for the Hornets to once again struggle with one of the better teams in the league.