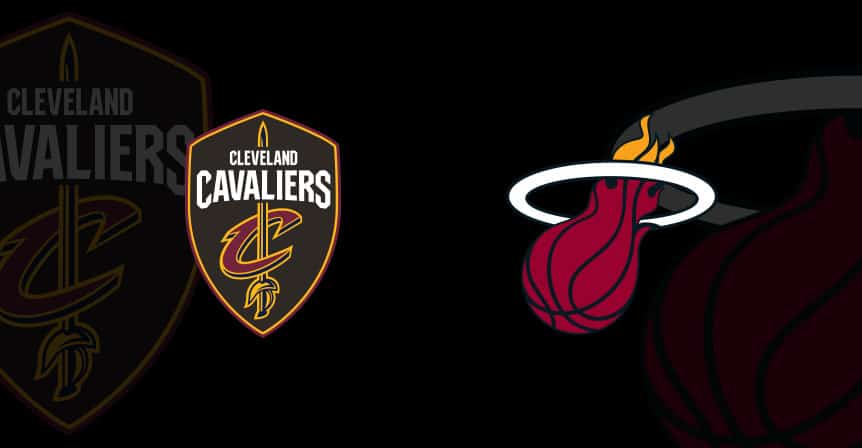 The Cleveland Cavaliers start a three-game road trip Saturday night, taking on the Miami Heat for the second time this season, so here’s the best betting pick for their Eastern Conference showdown at American Airlines Arena in Miami.

The Cavaliers opened as massive double-digit underdogs on BetMGM Sportsbook. Back on March 16, Cleveland suffered a 113-98 defeat as an 11-point underdog in Miami, and the Cavs have won only one of their previous ten encounters with the Heat.

Cleveland is without Larry Nance Jr. (Illness) and Jarrett Allen (concussion). On the other side, Miami is coming in full strength.

The Cavs hope to halt a four-game slide

The Cleveland Cavaliers (17-31; 19-29 ATS) are on a four-game losing streak following a heavy 114-94 defeat to the Philadelphia 76ers this past Thursday. They put on another terrible offensive performance, scoring only 38 points in the second half, and the Cavs shot just 10-for-35 from beyond the 3-point line (28.6%).

Kevin Love returned from a calf injury and tallied 13 points in 20 minutes on the floor. Collin Sexton accounted for 24 points and three assists, while Isaiah Hartenstein added 12 points and seven rebounds off the bench.

The Cavaliers are the No. 14 seed in the Eastern Conference, six games behind the eighth-seeded Boston Celtics. Cleveland owns the worst offensive rating in the NBA, scoring just 104.3 points per 100 possessions, and the Cavs rank 25th in field goal percentage (44.8%) and 29th in 3-point percentage (33.5%).

The Heat look to extend their win streak

The Miami Heat (25-24; 21-27-1 ATS) are riding a three-game winning streak following a 116-109 victory to the Golden State Warriors this past Thursday. They covered a 3-point spread on the home court thanks to another solid defensive performance.

The Heat allowed 12 offensive rebounds to the Warriors, but they also forced 20 turnovers and yielded just 40 points in the paint. Jimmy Butler had a good game, finishing with 22 points, eight assists, and four steals, while Tyler Herro racked up 20 points off the bench.

Miami is tied with Charlotte for the No. 4 seed in the East, though the third-seeded Milwaukee Bucks are six games ahead, while the Knicks and Hawks are only half a game behind the Heat. Erik Spoelstra’s team ranks 25th in offensive efficiency (108.5 points per 100 possessions), 21st in field goal percentage (45.7%), and 28th in 3-point percentage (34.4%).

The Cavaliers miss a couple of important players in their frontcourt. They’ve been terrible offensively over the last four outings, failing to hit the 100-point mark, so I’m backing the Heat to cover a huge spread.

Miami cannot afford any surprises here in order to stay on the right path and continue its battle for the highest possible seed in the East. The Heat lean on their defense, allowing 109.5 points per 100 possessions (6th in the NBA), so I expect them to shut down the Cavs.

Although the line has been set pretty low, betting on the under seems like a logical choice. Both teams have struggled mightily on the offensive end thus far, and I’ve already mentioned that Miami relies on its stout defense.

Furthermore, the Cavs scored 98 or fewer points in each of their last four contests, and only one of their previous five games overall produced more than 204 points in total. On the other side, two of Miami’s last three games produced fewer than 187 points in total.