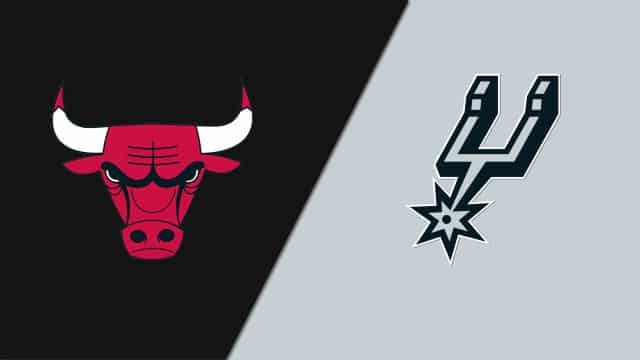 This interconference matchup between the Bulls and Spurs features a pair of teams that have seen great work from their respective front offices. While they are on different paths for this season, these teams are both rending in the right direction.

The Bulls were not movers and shakers at the trade deadline, but that’s because they have already put a highly competitive team in place. They are one of a handful of true championship contenders in the Eastern Conference. Even while Zach Lavine and Lonzo Ball are on the mend, they remain a high end team on a nightly basis.

The Spurs on the other hand masterfully executed a much needed shake up at the trade deadline. They made a pair of deals that invested in the future. They also announced to the league that they had real self awareness. The trade of Derrick White to the Celtics is certainly not something any team would necessarily want to do. That said, it made perfect sense for the Spurs to make the move. In return the Spurs got the soon expiring contract of Josh Richardson, Romeo Langford, a first round pick and the right to swap future first round picks.

First, the Spurs had to accept the roster as constructed was simply a middle of the road one. They did so and were able to pull the trigger. The move will open up court time for Devin Vassell and Josh Primo. While attacking a play-in playoff spot was not out of the question for the Spurs, they had the good sense to take a long term view. They were also able to move Thad Yound and a second round pick for a first round pick.

All in all, the Spurs did not hurt their miniscule playoff chances for this season, They did however increase their flexibility and amount of youthful assets moving forward. This will not be the season for them but the future is brighter than it was last week.

Caesar’s sportsbook continues to be the hands down leader in the industry in terms promotional offers for new users upon sign up. This most recent offer is a large first deposit match. Whether your first bet on Suns vs 76ers wins or loses, they will credit you with a match on your first deposit. That figure can be as high as $1500!

Why Bet The Bulls

✅ The Spurs are a fun young team, that I do not particularly enjoy picking against. That said, there are occasions where it is truly warranted. The Spurs are not a great road team, and have struggled mightily against high end competition on the road of late. They are just 1-4 in their last five against the league’s elites away from home. Locale is a factor, but the level of competition has been the largest factor agains the Spurs of late. They have lost their last four against current playoff teams. The Spurs are essentially beating the teams they should and losing to the teams they should.

✅ The Bulls continue to be without Zach Lavine and Lonzo Ball, but no matter. They have a deep enough roster that they are not experiencing a fall off while missing the point guard and the wing. Coby White and Ayo Dosunmo are not just filling in respectably, they are playing at a high level. We are also seeing Nikola Vucevic and Demar DeRozan being asked to do more, and answering the call at every turn.

✅ The Bulls are one of the toughest home teams in the entire league. They are easily the best home team in the Eastern Conference. Only the Suns and Warriors are better in the West. Their efficiency at the offensive end continues to be the differentiator. They are the most efficient offensive team on their home floor. What’s more, despite playing at a middle of the road pace, they are the second highest gross scoring team in the league. Take the Bulls to notch another home win in this Bulls vs Spurs matchup.