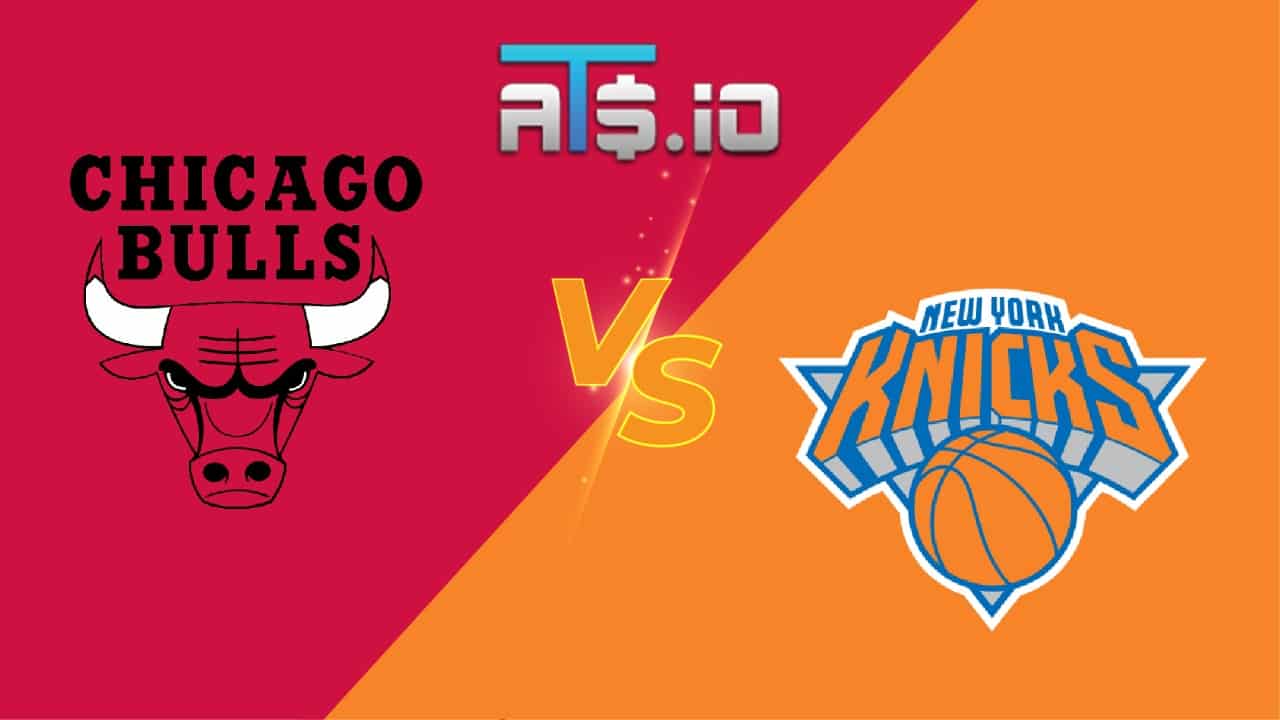 The New York Knicks and Chicago Bulls are no strangers to one another this season, playing twice in Chicago already this year. With both teams splitting their first two matchups this season, this third game at Madison Square Garden will serve as their early season rubber match. In our NBA predictions for Thursday night, we look at this Bulls vs Knicks matchup and pick a winner for this showdown at the Garden.

New bettors at DraftKings Sportsbook can wager $1 on either team to win this Bulls vs Knicks showdown, with a $100 payout if a point is scored in the game.

Those who want to wager on this massive Eastern Conference matchup between the Knicks and Bulls can do so through DraftKings Sportsbook and get 100/1 odds on a point being scored in the game. To do so, new players can put a dollar on either team to win this Bulls vs Knicks contest. If either team scores in the game, DraftKings will pay out $100 in free bets, which is a guarantee in any NBA game.

✅ The Knicks came within a possession of beating the Brooklyn Nets on Tuesday despite all of Brooklyn’s advantages heading into that game. The Knicks’ tightened rotation paid immediate dividends, as Alec Burks hit several perimeter shots and wasn’t as big a defensive liability as Kemba Walker. That new rotation will help again here against the Chicago Bulls.

✅ New York is also going to be in a better place from a health perspective in this game. Their injury report was filled with players before the Nets game, but their only concern going into the Bulls game is RJ Barrett. Barrett is dealing with an illness and had to leave the Nets game early, but the Knicks are going to have Derrick Rose, Nerlens Noel and the rest of their team in place here.

✅ Chicago had their hands full with the Knicks in their two meetings with the Bulls earlier this season. Now, in New York, the Bulls are likely to take a step back against Tom Thibodeau’s team given that the Knicks have optimized their rotation.

The Chicago Bulls are currently in second place in the Eastern Conference, trailing only the Brooklyn Nets in the standings heading into December. The Bulls are coming off of a much-needed win over the Charlotte Hornets, which ended a run of three losses over their last four games prior to that Charlotte matchup. Here, they will look for their second win over the Knicks this season.

Chicago dropped their first meeting with the Knicks on the year, with a late comeback falling short in their initial meeting. They did beat the Knicks in their second matchup, but the Bulls only won that game by two possessions. Here, the Bulls will need to be better defensively, as they have allowed triple digits to the Knicks in both of their meetings this season.

The New York Knicks lost to the Brooklyn Nets last time out on Tuesday, with a late foul call on Mitchell Robinson making the difference in a two-point loss. And while there are no moral victories in NBA basketball, the Knicks have to feel good about the changes that they made to their lineup heading into that game.

By booting Kemba Walker from their rotation, the Knicks got better play on both ends of the floor from Alec Burks. Their point guard rotation should benefit from the move to put Walker on the bench again against the Bulls. And with their injury report improving this week, the Knicks could be poised to go on a run in the near future.