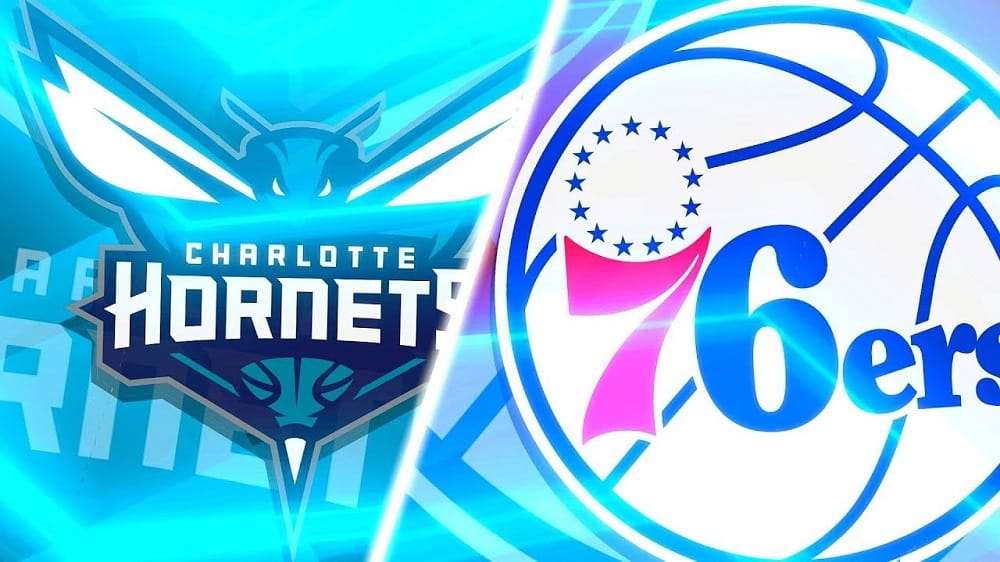 The Charlotte Hornets and Philadelphia 76ers meet each other for the second time in just three days, so I’ve prepared the best betting picks and odds for their Monday night clash at Wells Fargo Center in Philadelphia.

The 76ers easily beat the Hornets 127-112 as 10-point home favorites this past Saturday. According to BetAmerica Sportsbook, the Sixers are double-digit favorites once more, as the hosts will search for their 13th consecutive victory over Charlotte.

The Hornets continue with their Dr. Jekyll and Mr. Hyde performance

After a couple of losses to Cleveland and Oklahoma City, the Charlotte Hornets have won two straight games, upsetting the odds against Brooklyn and Dallas. However, they are riding a two-game losing streak once more following that heavy loss at Philadelphia.

The Hornets trailed by 15 points by the end of the first quarter already. They allowed the Sixers to make 59.5% of their field goals while shooting just 41.3% from the field. Terry Rozier scored 35 points, but only two more guys surpassed a 10-point mark.

Charlotte is without Cody Zeller (hand), while P.J. Washington is questionable to play Monday due to a thumb injury. The Hornets hope Washington will be able to play, or they’ll be quite shorthanded in the frontcourt.

The 76ers look to stay perfect at Wells Fargo Center

After a 116-92 thrashing off the Orlando Magic on the road on New Year’s Eve, the Philadelphia 76ers improved to 5-1 on the season with an easy win over Charlotte. It was their third straight victory, as the 76ers remained perfect on the home court. They opened with a 113-107 win to Washington while outlasting Toronto 100-93 in Week 2.

The Sixers had a very good game against Charlotte, as six players scored in double figures including the complete starting lineup. Phila notched 27 fast break points, playing aggressive defense all night long, but the Sixers committed an alarming 22 turnovers.

Joel Embiid leads the way for the Sixers with 25.0 points and 12.6 rebounds per game, while Tobias Harris adds 18.8 points and 8.5 boards a night. Phila misses Furkan Korkmaz (groin) and Mike Scott (knee), though Scott could return Monday.

The 76ers have the best defensive rating in the league at the moment, allowing only 99.9 points per 100 possessions. Doc Rivers demands hard work, and I expect to see more of the same against the Hornets.

Charlotte scores just 105.7 points per 100 possessions (21st in the NBA). The Hornets will struggle mightily to cope with the Sixers in the paint, so keep your eyes on Joel Embiid and Ben Simmons. Embiid had 19 points and 14 boards on Saturday, while Simmons tallied a triple-double of 15 points, 12 boards, and 11 assists.

I’ve mentioned the Sixers’ stout D, and the under has hit in seven of their last eight outings. On the other side, the under is 4-1 in the Hornets’ last five games overall. Therefore, betting on the under is a logical move even though the Hornets and Sixers combined for 239 points just two days ago.

The previous five meetings between Charlotte and Phila went in the over, producing 220 or more points in total each. I’m going against this trend, expecting the Hornets to play much better defense this time, especially in transition. Also, I wouldn’t be surprised if the Sixers shut them down completely.