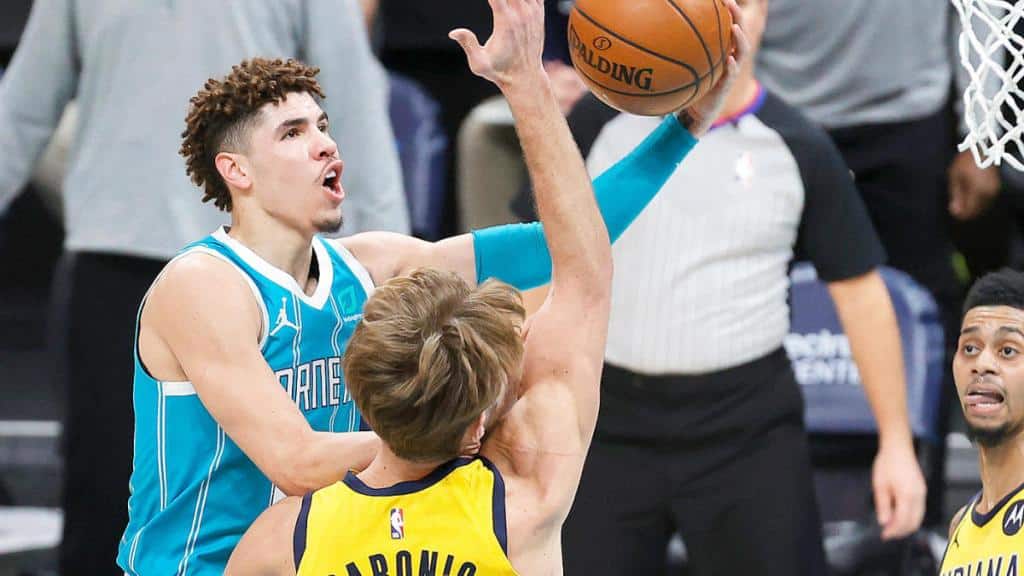 The NBA betting action continues with the play-in tournament, and the first game is set for Tuesday night at Bankers Life Fieldhouse in Indianapolis, so here’s the best Hornets vs. Pacers betting pick along with the latest odds update on BetMGM Sportsbook.

Whoever loses this clash will finish the season and go on a holiday, while the winner will advance in the play-in tournament and fight for the No. 8 seed in the Eastern Conference. The Pacers are listed as slight 3-point home favorites with a total of 228.5 points.

The Charlotte Hornets (33-39; 36-35-1 ATS) finished the regular season on the wrong foot, riding a five-game losing streak and going 2-3 ATS in the process. They were tenth in the Eastern Conference standings, one game behind the Pacers and a couple of games ahead of the Chicago Bulls.

The Hornets are coming off a 115-110 defeat at the Washington Wizards in their regular-season finale this past Sunday. They blew a 15-point second-half lead, scoring just 20 points in the fourth quarter while surrendering 36 in a return.

Charlotte owns the ninth-worst offensive rating in the NBA, scoring 110.9 points per 100 possessions. The Hornets allow 112.8 points in a return (17th in the league), so they made it to the play-in tournament despite a -1.9 net rating. Charlotte will miss Gordon Hayward (foot), while Cody Martin (ankle) is doubtful to play.

The Pacers beat Toronto in their regular-season finale

The Indiana Pacers (34-38; 32-40 ATS) have won three of their last five games to finish at the ninth spot of the Eastern Conference table. They overcame some huge injury problems to reach the play-in tournament, and the Pacers played pretty well down the stretch while outlasting the Toronto Raptors 125-113 in their final game of the regular season.

Indiana is without six players due to injuries, and the Pacers hope that Malcolm Brogdon (hamstring) will be ready for Tuesday’s clash against Charlotte. The other five guys including T.J. Warren (foot) and Myles Turner (toe) won’t be ready to go.

The Hornets went 2-1 straight up and ATS against the Pacers in the regular season. Their last encounter occurred on April 2, and the Hornets thrashed off Indiana 114-97 as 5-point road underdogs. The Pacers were playing in terrible form, so I’m expecting a much better performance by Indiana in this one.

Both Domantas Sabonis and Caris LeVert have been terrific lately and should lead the Pacers past Charlotte. Both teams have some serious defensive issues, and I think the Pacers have more offensive firepower than Charlotte.

As I’ve said above, both Charlotte and Indiana are struggling defensively, so we should see a high-scoring affair in their play-in showdown. The Pacers’ last three games produced more than 237 points in total each, while the Hornets have surrendered at least 112 points in each of their previous seven outings.

When it comes to the betting trends, the under is 6-4 in the last ten meetings between Indiana and Charlotte. The over is 10-3 in the Pacers’ last 13 games overall, and it is 9-2 in their previous nine matchups with the Eastern Conference. Also, the over is 4-3 in Charlotte’s last seven games overall.