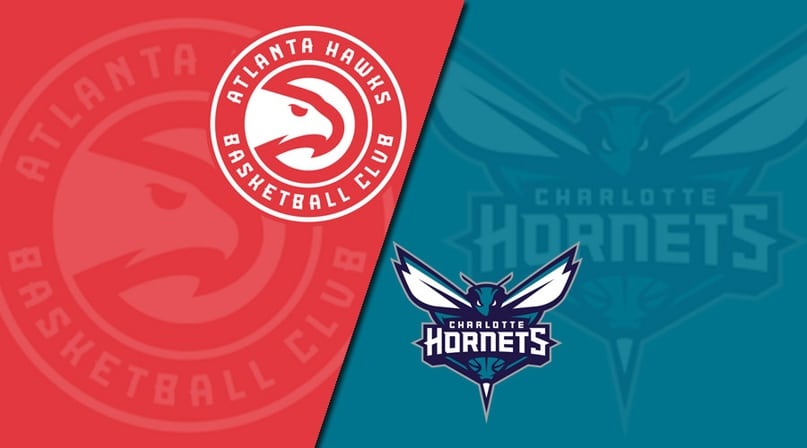 Wednesday night’s Southeast Division showdown from State Farm Arena in Atlanta brings plenty of interesting picks and markets to the bettors, as the Atlanta Hawks face off against the Charlotte Hornets for the first time this season.

The Hawks opened as 5.5-point home favorites on DraftKings Sportsbook, although the hosts will miss Danilo Gallinari, Kris Dunn, and Onyeka Okongwu due to injuries. The Hornets are without Cody Zeller, but all other players are ready to go.

The Charlotte Hornets (2-5; 2-5 ATS) are on a three-game losing streak following a couple of losses at the Philadelphia 76ers, 118-101 and 127-112. They failed to cover on both occasions while struggling to defend anything against the red-hot Sixers.

The Atlanta Hawks (4-3; 4-3 ATS) have dropped three of their last four games overall including the previous two. They’ve suffered a couple of surprising losses to Cleveland 96-91 and New York 113-108, so the Hawks desperately need to get things going on the home court.

Trae Young leads the way for Atlanta, averaging 28.6 points and 9.1 assists per game. However, Young had 14 turnovers over the last two games, so he needs to do a much better job going forward. John Collins tallies 17.1 points and 7.0 boards per contest, while De’Andre Hunter adds 15.9 points and 6.7 rebounds a night.

The Hawks have struggled to cover lately, though they are 4-3 ATS on the season. Anyway, I think the Hawks will bounce back in this one if they continue to work hard on the defensive end and establish a strong presence in the paint.

The Hornets allow the second-most fast break points (17.9) and the eighth-most points in the paint per game (49.4). They can lean on Terry Rozier to guard Trae Young, but the Hornets will have some tough time at the low post, so I expect John Collins and Clint Capela to dominate this game.

Furthermore, neither of these two divisional foes can brag with a stout defense. If they find a good shooting rhythm, I wouldn’t be surprised if the Hawks surpass a 130-point mark on Wednesday night.