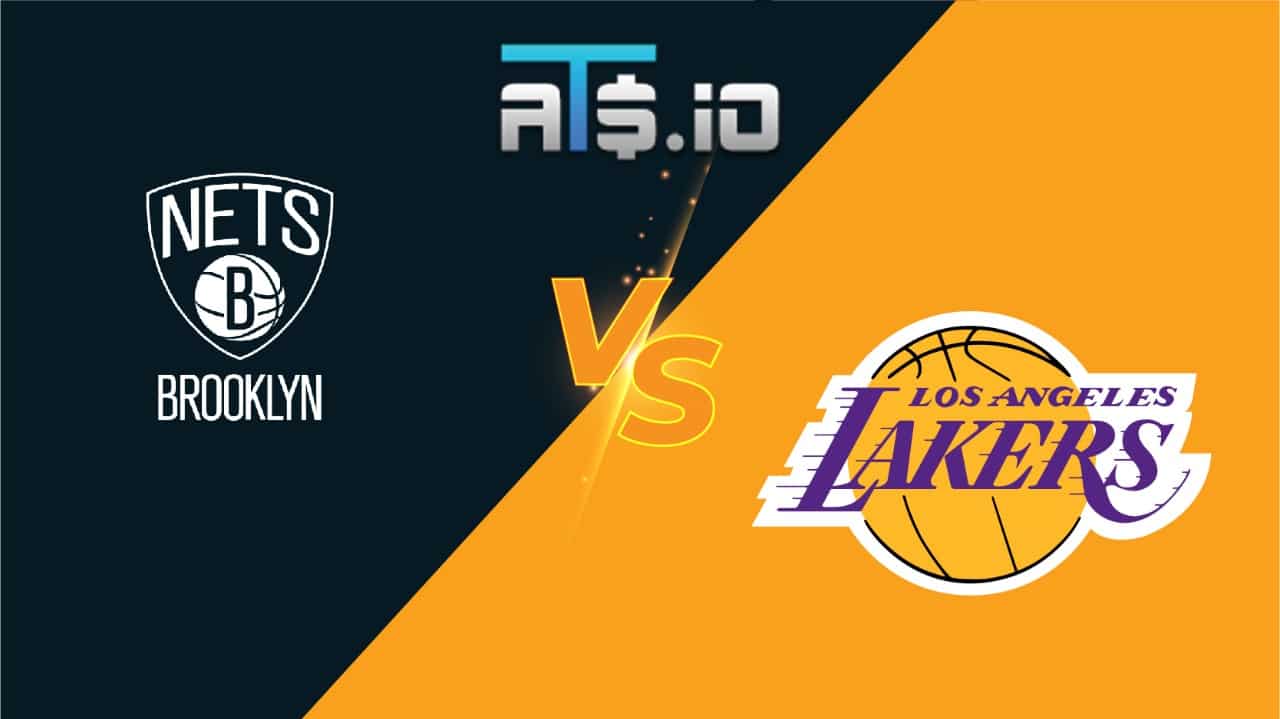 The Nets vs Lakers matchup on Christmas Day was put together with the expectation of being one of the best games on the Christmas schedule. But injuries and COVID protocols have taken some of the luster off of this matchup, even if it should still be a competitive contest. Our NBA predictions for Christmas Day include this look at the inter-conference showdown between Brooklyn and Los Angeles in the first game at the newly-named Crypto.com Arena.

New bettors at FanDuel Sportsbook can wager $5 on either team to win this Nets vs Lakers showdown, with a $150 payout if that team wins the game.

There is a new player offer up for grabs on Christmas Day at FanDuel Sportsbook that involves this Nets vs Lakers contest. New players on the site can wager $5 on either team to win this game on the moneyline. If a bettor is successful with their prediction on this contest, they will receive $150 in cash from FanDuel, which can be withdrawn whenever a bettor wants.

✅ James Harden is expected to be back for the Brooklyn Nets in this game after spending time in the league’s health and safety protocols. There are multiple players who could return for the Nets in this contest, which should make them superior to the remaining roster of the Los Angeles Lakers right now.

✅ Right now, the Lakers are a disaster in every sense of the word. They are without Anthony Davis due to injury, and are missing multiple wings due to the league’s health and safety protocols. They are relying way too heavily on LeBron James and Russell Westbrook right now, and that is not a recipe for success against upper echelon teams like the Nets.

The Brooklyn Nets are coming off of three straight postponements due to the league’s health and safety protocols, as they were unable to field a suitable roster to play in their games recently. On one hand, that could result in some rust coming out of the gate against the Lakers. On the other hand, they could come out fresh and rested after better than a week off from playing the game of basketball.

For the Nets, they should have some reinforcements before this contest against the Lakers. James Harden is expected to return for this matchup, and it is entirely possible that Kevin Durant is also back in the fold by the time this game happens. Either way, the Nets will at least be able to take the court on Christmas Day by all indications.

The Los Angeles Lakers are struggling mightily at this point in the season, having dropped four straight games going into Christmas Day. The Lakers were crushed by the San Antonio Spurs in their last game, as they were unable to get many defensive stops in a contest where they allowed 138 points. Here, they will hope for a better defensive showing against a potent Nets offense.

For the Lakers, chemistry has been a clear concern with all of the upheaval in their roster throughout the last few weeks. LeBron James has called the recent efforts of the Lakers “pathetic”, as there clearly appears to be an identity crisis brewing in Los Angeles at this point in time.