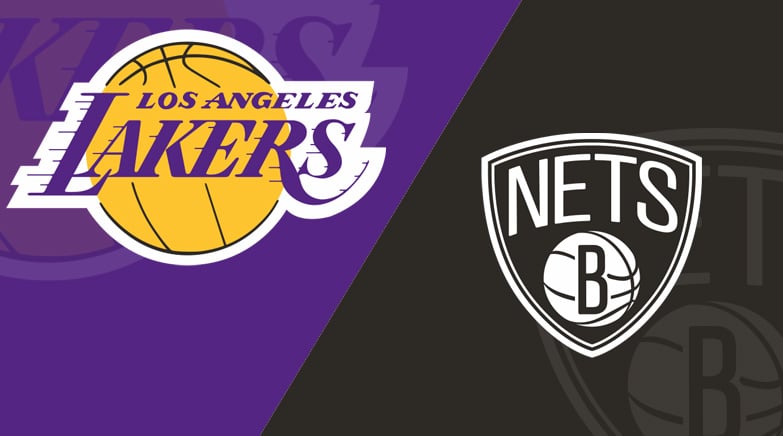 Thursday night brings the highly anticipated clash between the Brooklyn Nets and Los Angeles Lakers, so I’ve prepared the best betting pick, tips, and odds for this interconference showdown at Staples Center in Los Angeles.

According to BetMGM Sportsbook, the Lakers opened as slight 2.5-point favorites even though the reigning champs are without Anthony Davis (calf). On the other side, the Nets miss Kevin Durant (hamstring) and Spencer Dinwiddie (knee), while Kyrie Irving should play after missing Brooklyn’s last game due to a back injury.

The Brooklyn Nets (18-12; 14-16 ATS) are riding a four-game win streak following a 128-124 victory at the Phoenix Suns last Tuesday. They overcame a 24-point deficit, dropping a whopping 74 second-half points on the Suns.

The Nets shot 57.3% from the field and went 20-for-40 from downtown. James Harden has another great game, finishing with 38 points and 11 assists. Also, Harden turned the ball over just two times, and he’s averaging 11.7 dimes per game over his last nine outings.

The Lakers beat Minnesota to get back on the right path

The Los Angeles Lakers (22-7; 14-15 ATS) are coming off a 112-104 road victory at the Minnesota Timberwolves this past Tuesday. It was their eighth win in the last nine outings, as the Lakers bounced back from a heavy 122-105 loss at the Denver Nuggets.

LeBron James tortured the T-Wolves for 30 points, 13 rebounds, and seven assists, while Dennis Schroder added 24 points, three dimes, and four steals. The Lakers made 54.5% of their field goals and 42.3% of their 3-pointers while scoring 50 points in the paint.

Each team will miss a superstar, and I think the Lakers will have a difficult time overcoming Anthony Davis’ absence, especially on the defensive end. As I’ve mentioned, the Nets are struggling defensively, and the Lakers won’t have issues scoring the rock, but their defense will struggle without Davis.

LeBron James will shoulder the Lakers’ offense. He’ll have to outplay James Harden and Kyrie Irving, and even though LeBron will have a huge motive, the Nets will have a slight advantage on the other side of the ball.

The Lakers will try their best to slow things down against the Nets, but I’m still backing the over on the totals. The Nets will attack the rim a lot, trying to get full advantage of Anthony Davis’ absence, while the Lakers will do the same because the Nets are vulnerable in the paint.

Brooklyn surrenders the most points in the paint per game (51.9) and the most second-chance points per contest (15.8). Still, the Nets can go bonkers from downtown and really damage the Lakers’ stout defense.