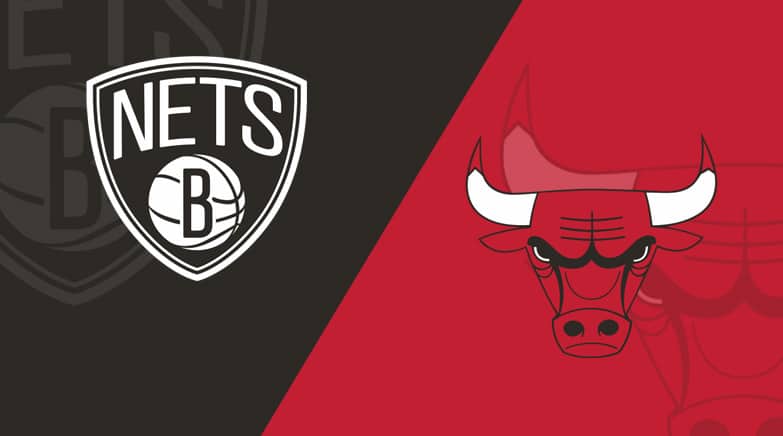 The marquee game on the NBA Wednesday night schedule comes in Chicago, where the Brooklyn Nets visit the Chicago Bulls. Chicago currently holds the top spot in the Eastern Conference, while the Nets sit behind them in second place. In our NBA betting picks for tonight, we look at Nets vs Bulls in a game that will be very telling about both teams as we near the midway point of the 2021-2022 NBA season.

New bettors at FanDuel Sportsbook can get a risk-free bet worth up to $1,000 on this Nets vs Bulls showdown!

New players at FanDuel Sportsbook can take advantage of the site’s new player offer, a risk-free bet worth up to $1,000. To do so, bettors can wager on Nets vs Bulls and keep their profits if their bet wins. If their bet loses, they will receive site credit in the amount they lost, with a maximum reimbursement amount of $1,000.

Why Bet The Bulls:

✅ Chicago is coming off of a back to back, but the Nets are playing their third game in four days. Brooklyn went from a home game on January 9 to Portland the next day. Now, after a day off, they travel to Chicago to complete a brutal four-day travel stretch.

✅ The Nets’ health is in question for this game against the Bulls. They are without LaMarcus Aldridge, while Kyrie Irving, James Harden and Nic Claxton are all questionable. Losing even one of those players would be devastating on the road against a Bulls team that has so many weapons offensively.

✅ Chicago has the best home record in the NBA at 15-4 on the season. Brooklyn has been impressive on the road as well, but the Bulls should continue to hold serve on their home floor against a banged up and road weary Nets team.

The Brooklyn Nets suffered a surprising loss to the Portland Trail Blazers on Monday night, as their defense could not get the stops they needed down the stretch. Even with Portland missing its two top guns in Damian Lillard and CJ McCollum, the Nets were not up to the task that night. And with Kyrie Irving playing in that game on the road, the Nets have to be disappointed that they failed to take advantage of that opportunity.

In this game, Irving and James Harden are both questionable for the Nets. This is a road game, which means that Irving could play if healthy, but with the Nets’ point guard playing so few games this season they may not want to use him for the second time in three nights. Whether or not he is able to go, the Nets will have their hands full defensively against the Bulls in this matchup.

The Chicago Bulls enter this game against the Brooklyn Nets having won nine of their last 10 contests. They beat up on the Detroit Pistons by over 40 points on Tuesday night, and head into the second game of a back to back here. Fortunately for the Bulls, their win over Detroit was so lopsided that none of their starters had to play 30 minutes, which means they should have something left in the tank here.

It will be interesting to see how the Bulls attack the Nets on the offensive side of the floor in this game. Either Zach LaVine or DeMar DeRozan should draw Kevin Durant while the Bulls have the ball, while the Nets might not have another player capable of guarding the other. And this could b ea big game for Nikola Vucevic, who shot the ball well against Detroit and will benefit from the absence of LaMarcus Aldridge here.