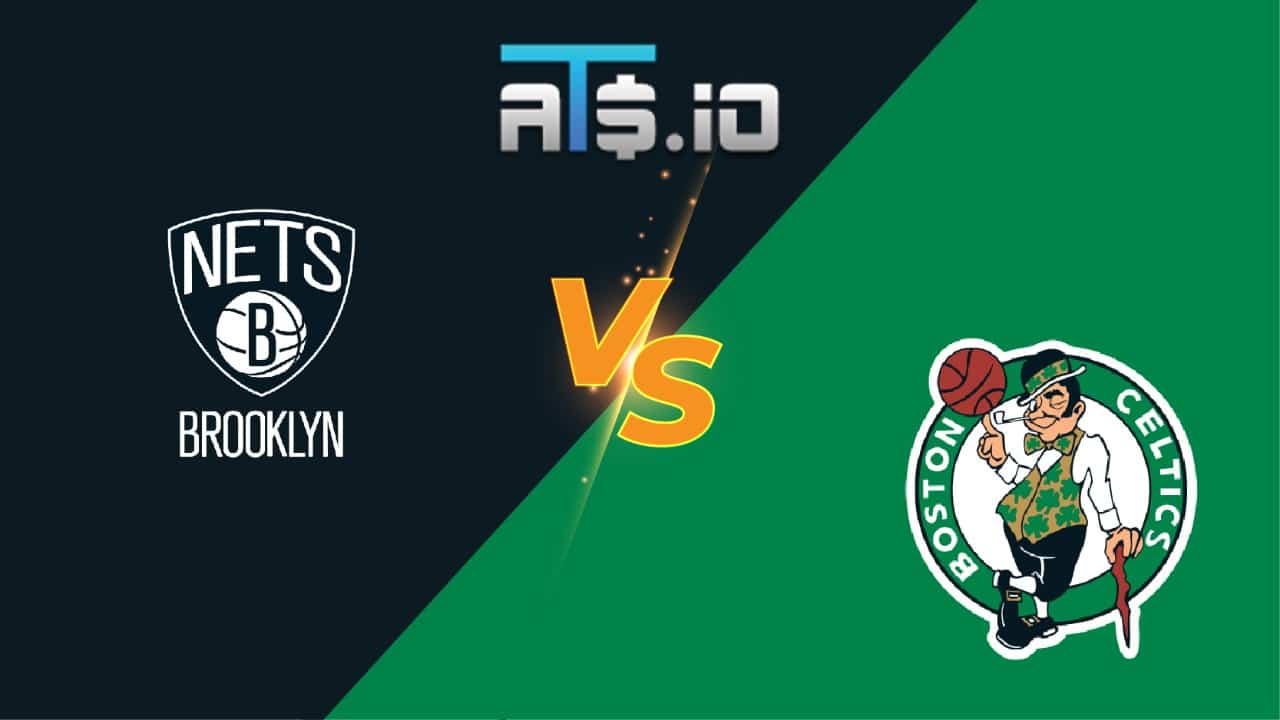 The Brooklyn Nets and Boston Celtics met in the first round of the NBA Playoffs last season, with the Nets getting the better of that encounter. On Wednesday night, they meet again at TD Garden, with the Celtics looking to exact some revenge on their division rivals. Our NBA picks for Wednesday include a look at Nets vs Celtics, as both teams look to go into Thanksgiving with a nice win over a playoff-caliber opponent.

New bettors at DraftKings Sportsbook can wager $1 on either team to win this Nets vs Celtics game, with a $100 payout if a point is scored in the game.

New bettors at DraftKings Sportsbook can take advantage of their new player offer that pays out 100/1 as long as a point is scored in this contest. To use this promo, bettors just need to wager a single dollar on either team to win this game. As long as a point is scored, DraftKings will pay out $100 in free bets on that $1 bet, making it impossible not to get a 100/1 payout here.

✅ Brooklyn has a 7-2 record on the road this season, but some context is required when evaluating their performance outside of Brooklyn. Way too many of their road wins this season have come against subpar competition like the Magic, Pistons and Pelicans. They have been mediocre on the road against quality competition, and that will not be good enough against Boston.

✅ The Nets are set to be without several key role players in this matchup. Nic Claxton, Bruce Brown and Joe Harris are all set to miss this game. And while Jaylen Brown is questionable for the Celtics, their rotation is still largely intact when compared to that of the Nets at this point in the season.

✅ Boston has won three straight at home, with two of those wins coming by 18 points or more. Included in that home winning streak was a blowout win over the Los Angeles Lakers, who did have LeBron James and Anthony Davis active for that matchup. Boston is rounding into form nicely at home, and will pick up the win to continue that trend.

The Brooklyn Nets have been red hot of late, going 11-2 after their initial 2-3 start to the season. Brooklyn enters this contest with the Celtics on a three-game win streak, beating the Cavaliers twice and the Magic once during that stretch to get to 13-5 on the season. But the Nets are playing one of the more difficult opponents they have faced in this game, as they have been fattening up their record against subpar competition.

Over their last eight games, the Nets have beaten the Magic twice, the Cavaliers twice, and the Thunder and Pelicans once each. They have lost to the Warriors and Bulls, the only two likely playoff teams they have faced during that stretch. On the road against the Celtics, the Nets could very well struggle once again when they face a playoff-caliber team.

Boston is also on a three-game win streak coming into this game, having won each of their last three home matchups. Just like the Nets, they have enjoyed some less than stellar competition over the last few games, beating the Thunder and Rockets at home in their last two. But the Celtics have also beaten the Lakers at home at close to full strength last week, which is impressive even if their other recent games were less so.

In this game, the Celtics’ chances will hinge largely on whether Jaylen Brown is able to play. Brown is questionable for this game citing injury management, as he has missed several recent games for Boston. Even if he doesn’t play, Boston should have a chance against a depleted Nets squad, but the return of Brown would really push the Celtics’ hopes over the top.