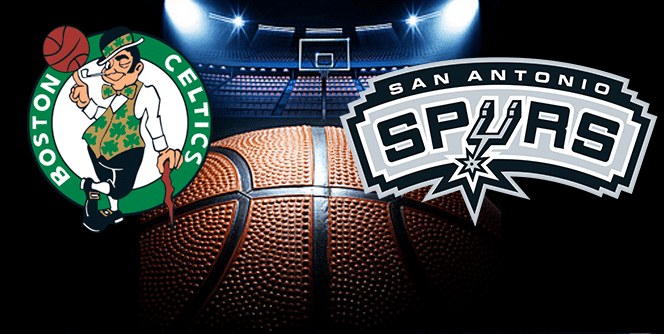 Offense meets defense when the San Antonio Spurs (5-3) welcome the Boston Celtics (6-1) to AT&T Center. The game is scheduled to get underway at 5 p.m. ET on Saturday, November 9, 2019.

In the Celtics’ last matchup, they comfortably covered the 7-point spread against the Charlotte Hornets, 108-87. The game’s combined points (195) came in well under the O/U total of 215. The Celtics forced 20 turnovers and held the Hornets to an offensive rebounding percentage of 18.0 (below their season average of 24.1). Gordon Hayward played well for Boston, contributing 20 points, 10 rebounds and six assists.

The Spurs defeated the Oklahoma City Thunder in their last matchup, 121-112, covering as 4.5-point favorites. The total points for the game (233) came in well over the projected point total of 211.5. The Spurs, who came into the game averaging an offensive rebounding percentage of 24.5, had a solid mark of 30.8 and had a turnover percentage of 11.6 (better than their season average of 13.4). LaMarcus Aldridge was the game’s top scorer with 39 points on 19-for-23 shooting from the field.

Boston heads into the game with records of 6-1 straight up (SU) and 4-2-1 against the spread (ATS). Celtics games have typically finished under the projected point total (71.4 percent).

San Antonio is 5-3 SU, but they have trouble covering the spread (2-6 ATS). Of the Spurs’ eight games, four have finished over the O/U total.

This showdown pits one of the league’s top offenses against one of its elite defenses as San Antonio ranks third in offensive efficiency and Boston is fifth in defensive efficiency since the 2018-19 season. Furthermore, the Celtics rank third in turnover percentage (12.3 percent), while the Spurs rank 30th in opponents’ turnover percentage (11.5 percent).