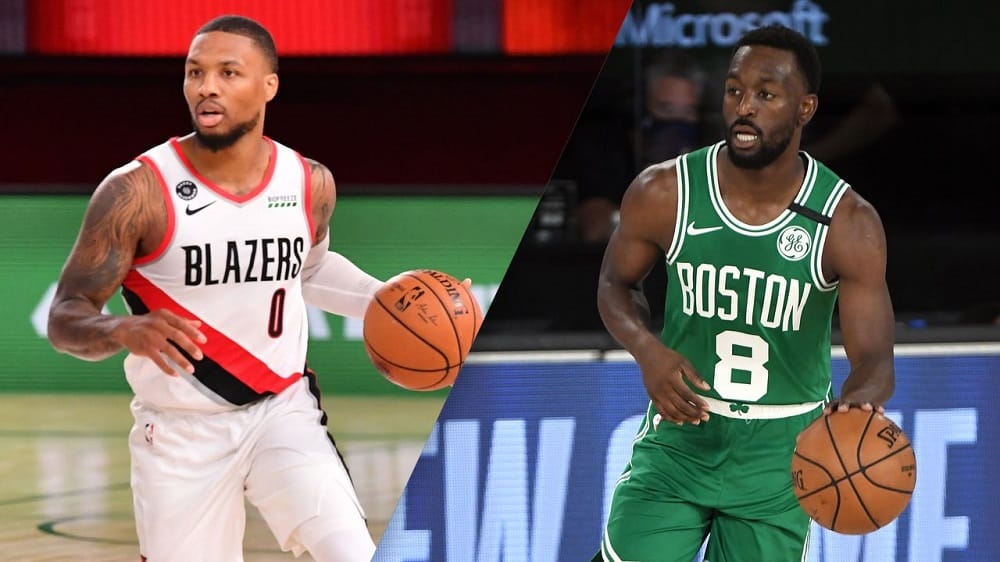 The Boston Celtics and Portland Trail Blazers open their two-game regular-season series on Tuesday night, so I bring you the best betting pick and odds for this interconference showdown at Moda Center in Portland.

According to William Hill Sportsbook, the Trail Blazers open as 1-point favorites with a total of 227.0 points, so you can ignore the paltry spread and focus on the moneyline odds. The Celtics miss Evan Fournier (medical protocols), while the Trail Blazers are coming in full strength.

The Boston Celtics (28-26; 26-28 ATS) have played well over the last two weeks, going 5-1 straight up and 4-2 ATS in the process. They needed overtime to outlast the hapless Minnesota Timberwolves and cover an 8.5-point spread last Friday, and the Celtics put on a much better performance on Sunday, beating the Denver Nuggets 105-87 as 3.5-point road dogs.

Jayson Tatum had 53 points in a 145-136 overtime victory to Minnesota. He led the way for the Celtics in Denver, accounting for 28 points and 10 rebounds, while Jaylen Brown added 20 points and eight boards.

The Portland Trail Blazers (31-22; 26-27 ATS) are coming off a 107-98 home loss to the Miami Heat this past Sunday, recording their third loss in the last four outings. Portland is 2-4 straight up and ATS over its last six games overall and still holds the No. 6 seed in the Western Conference.

The Trail Blazers committed 17 turnovers against Miami and shot just 31.4% from beyond the arc. Damian Lillard went 3-for-10 from the field for 12 points, while C.J. McCollum had 17 points and six rebounds.

I would stick with the totals in this game that could easily go either way. The bookies told you enough with a 1-point spread, and I’ll back the Celtics to escape with another big win on the west coast, as their current form promises a great battle at Moda Center.

Both teams lean heavily on their backcourts and we’ll see some exciting matchups. If you want to take the risk, bet on any team to win by five or fewer points at +190 odds.

The under is 8-1 in Boston’s last nine games, and it is 5-1 Portland’s previous six contests overall. On the other hand, the over is 6-3 in the last nine encounters between the Celtics and Trail Blazers, and it is 4-1 in their previous five meetings at Moda Center.

I will stick with the H2H betting trends, and that’s my best betting pick for the Celtics vs. Trail Blazers showdown. Both teams have some serious defensive issues, especially the Trail Blazers, so I’m expecting a proper high-scoring affair.

Boston has improved over the last few weeks, but this time, the Celtics will have a serious task against one of the hottest 3-point shooting teams in the league.