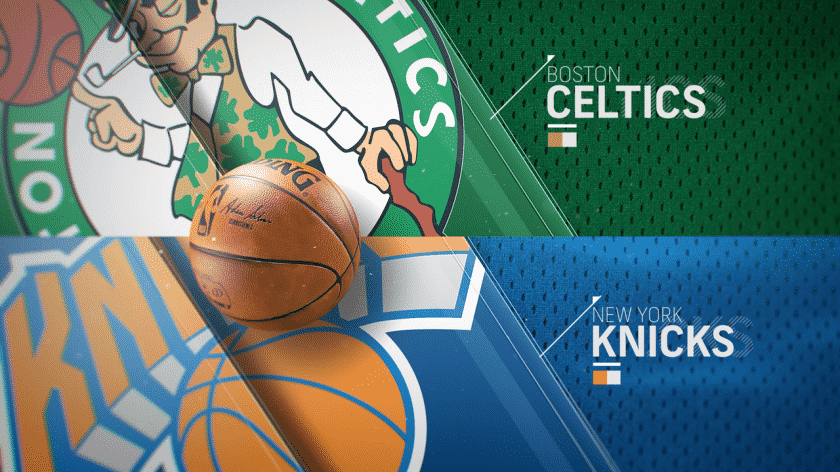 The New York Knicks and Boston Celtics started off their seasons with a double overtime classic at Madison Square Garden. On Thursday night, they return to Madison Square Garden with their sights set on a key division win as they look to keep up with the elite teams in the Atlantic. In Thursday’s NBA betting picks, we look at the Celtics vs Knicks matchup and provide our best bet for this matchup.

New bettors at DraftKings Sportsbook can wager $5 on either team to win this Celtics vs Knicks matchup, with a $200 payout if that bet is a winner.

DraftKings Sportsbook is offering new players the opportunity to get a 40/1 payout on this Celtics vs Knicks matchup. To do so, bettors have to put $5 on either team to win this contest on the moneyline. If that bet is a winner, DraftKings will pay out $200 in free bets, which is more than the usual moneyline odds for any NBA game.

✅ Boston has a huge advantage in the way of defensive rating, as their defense is better equipped to get stops than that of the Knicks. This is especially true with the Celtics currently in a better place from a health perspective than the Knicks, as Nerlens Noel is questionable and Kemba Walker and Derrick Rose are out.

✅ If you think back to the first Celtics vs Knicks game of the season, it took a huge effort from Evan Fournier for the Knicks to steal that game in double overtime. Fournier has since gone off of a cliff with his production, as has Kemba Walker. With the duo of Brown and Tatum healthy for the Celtics, Boston should be able to beat an underperforming Knicks squad.

✅ New York is 8-11 straight up at home this season. Home court advantage has been anything but, as they have lost games to lowly teams like the Magic on multiple occasions this season. Expect that to continue as the Celtics looked past the Spurs on Wednesday night to prepare for the Knicks.

The Boston Celtics lost their last game, but have won two of their last three coming into Thursday night against the Knicks. Boston was beaten by the San Antonio Spurs on Wednesday night, in a game where the Celtics failed to break 100 points. They made just nine of their 28 three-point shot attempts and were outrebounded 48-41 by San Antonio.

For this game, the Celtics will need to shoot better from beyond the arc. Fortunately for them, the Knicks are not a good defensive team, especially when it comes to defending the three-point line. On the second night of a back to back, it will be interesting to see if the Celtics can take advantage of that.

The New York Knicks got a nice win on Tuesday night, beating the Indiana Pacers at home to snap a two-game losing streak. New York is banged up at the point guard position, with Kemba Walker and Derrick Rose both being out for this matchup. But they have a rest advantage coming into this game, and will look to take advantage of a Celtics team that played a night ago.

The Knicks have been better on defense of late than they were early in the season, holding five of their last six opponents under 100 points. But they have accomplished that against mostly subpar competition over the last couple of weeks. The Celtics are a different animal, and the Knicks won’t be able to rest on their defensive laurels.