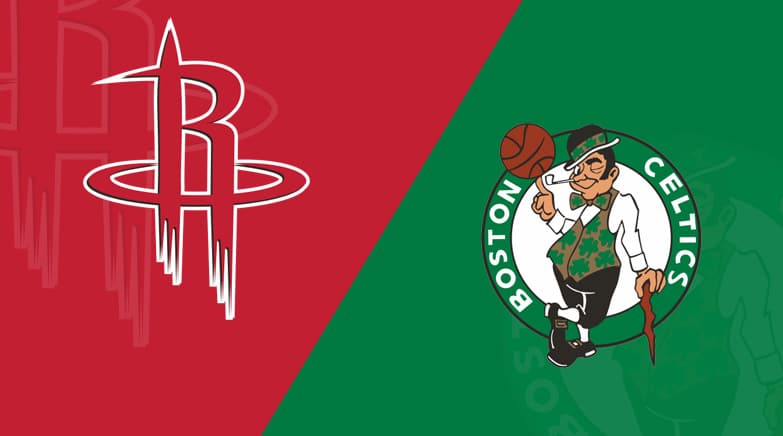 For the first time this season, the Boston Celtics take on the Houston Rockets, so here’s the best betting pick for their interconference showdown at Toyota Center in Houston along with all need-to-know betting tips and trends.

The Celtics opened as 11-point road favorites with a total of 224.0 points on DraftKings Sportsbook. They dropped five straight games against the Rockets, so the Celtics will seek revenge in the post-Harden era in Houston.

The Boston Celtics (19-18; 17-20 ATS) put an end to their four-game win streak this past Thursday, suffering a 121-109 defeat at the Brooklyn Nets as slight 2.5-point road dogs. Jason Tatum had a good game and scored 31 points on 13-for-22 shooting, but the Celtics couldn’t cope with Kyrie Irving who finished the game with 40 points.

Marcus Smart returned to the floor after missing 19 straight contests and accounted for 19 points off the bench. Still, he couldn’t help on the defensive end, and the Celtics surrendered 63 points in the second half.

Boston sits at the fifth spot of the Eastern Conference standings, just half a game behind the fourth-seeded Miami Heat. The Celtics score 113.6 points per 100 possessions (12th in the NBA) while surrendering 113.0 in a return (21st).

Kevin Porter Jr. led the way with 27 points and eight assists in 38 minutes on the floor. The Rockets missed six players due to injuries and will be quite shorthanded Sunday against the Celtics, too, as John Wall, Eric Gordon, Christian Wood, and Danuel House are all at the shelf.

The Celtics are undefeated in their last nine showings as double-digit favorites, going 5-4 ATS in the process. They shouldn’t have any troubles beating the injury-depleted Rockets, but covering a double-digit spread is always a tall task at this level.

Boston has struggled against the spread over the last few weeks. However, it’s the same story on the other side, and I cannot back Houston, considering all the injury problems among the Rockets. The visitors have enough offensive weapons in their arsenal, while Marcus Smart’s presence is a huge boost for the Celtics’ backcourt.

While the Celtics’ offense works fine, their defense has to improve a lot. Houston is probably the worst offensive team in the NBA at the moment, so I’m expecting a much better defensive performance by the visiting team.

The over has hit in seven of Boston’s last ten games, but the under is 4-1 in Houston’s previous five, and it is 13-3 in the last 16 encounters between the Celtics and Rockets.