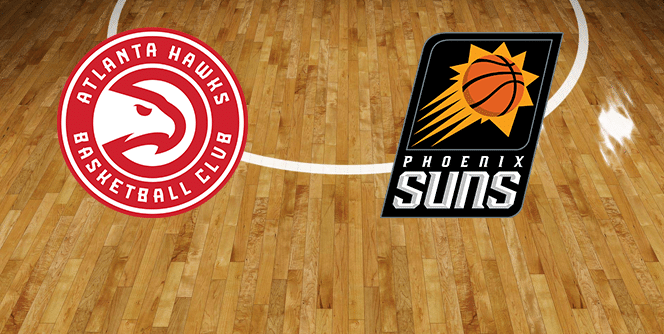 The game’s Over/Under (O/U) has been set at 227.5 points with Phoenix opening as a 7-point favorite.

The last time the Hawks played, they beat the Denver Nuggets, 125-121, as 10-point underdogs. The game’s total points (246) finished well over the O/U total of 209. Getting to the charity stripe was one of Atlanta’s largest strengths. They made 34 trips to the line, 12 more than Denver. With 42 points on 13-for-21 shooting, Trae Young was the top scorer from either team.

The Suns lost to the Los Angeles Lakers in their last matchup, 123-115. They failed to cover as 3-point underdogs. The game’s combined points (238) finished well over the O/U total of 220.5. Los Angeles’ 19.5 offensive rebounding percentage was their largest strength over Phoenix, who had a mark of 14.3. The Lakers’ mark was below their season average of 21.7, while the Suns’ was below the 21.0 mark opponents have averaged against Los Angeles this season. With 21 points and 10 assists, Ricky Rubio had a good performance for Phoenix.

Phoenix appears to have the edge on the offensive side of the ball. The Suns currently rank fourth in offensive efficiency, while Atlanta ranks 17th in defensive efficiency. Ball protection could be troublesome for the Hawks. They rank 30th at avoiding errors (turnover percentage of 16.5 percent), while the Suns force the fifth-most turnovers in the NBA (opponents’ turnover percentage of 16.0 percent).

Atlanta holds records of 4-6 straight up (SU) and 5-5 against the spread (ATS). Of the Hawks’ 10 games, seven have gone under the projected point total.

Meanwhile, Phoenix is 6-4 SU and 8-2 ATS. Vegas has been spot on when setting the total of Suns games, with an even split between overs and unders.

Both teams have had a player step their game up over their last five games. Jabari Parker (22 points,8.0 rebounds,1.2 steals,1.2 blocks) has been stellar for the Hawks while Rubio (16 points,8.2 assists,6.0 rebounds,1.4 steals) has contributed greatly to the Suns.

After the Hawks won both matchups against the Suns last season, these teams will meet for the first time this year. In the most recent game, Atlanta won 120-112. Atlanta was successful at getting and making free throws. The Hawks made 32 of their 38 free throws (84.2 percent), while the Suns were 17-20 (85.0 percent).

In its last five contests, Atlanta is 2-3 ATS with 3 overs and 2 unders.

Phoenix is 3-2 ATS with 4 overs and 1 under over its last five games.

The Hawks’ average margin of defeat in their last five games has been 6.2, up from 3.6 for the season.