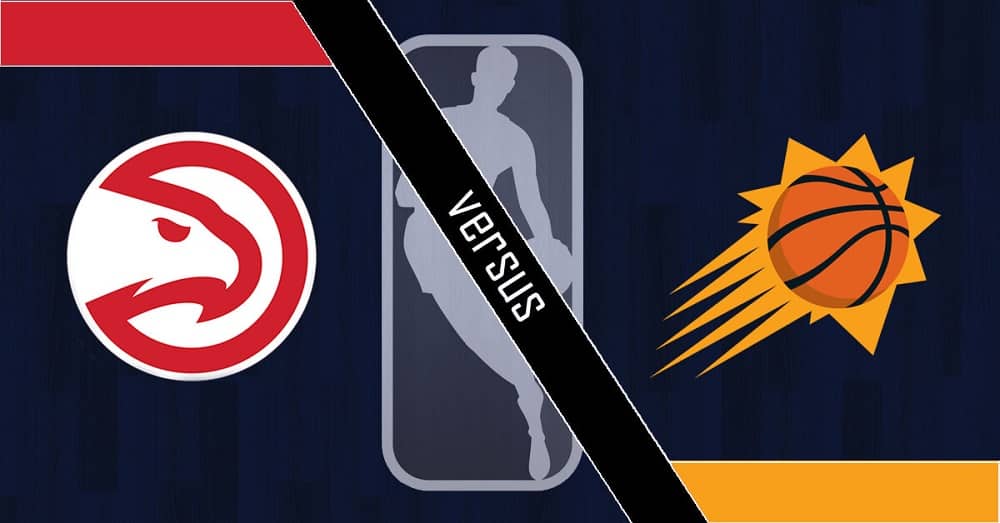 The Atlanta Hawks meet the Phoenix Suns for the first time this season, so here’s the best betting pick along with the latest odds for their Tuesday night’s interconference showdown at PHX Arena in Phoenix, Arizona.

According to BetRivers Sportsbook, the Suns are firm 5.5-point favorites with a total of 222.5 points. Phoenix has a clean bill of health, while the Hawks will miss Danilo Gallinari (ankle), Bogdan Bogdanovic (knee), and Cam Reddish (Achilles). Atlanta might also be without Clint Capela (hand) and Lou Williams (medical protocols) who are listed as questionable.

The Hawks fell apart in Colorado

The Atlanta Hawks (23-23; 23-22-1 ATS) are still on the west coast, going 2-3 straight up on an eight-game road trip that started with a 99-94 victory over the reigning NBA champs, the LA Lakers. The Hawks are coming off a heavy 126-102 defeat at Denver, failing to cover a 5-point spread, and will try to right the ship in a tough matchup with the Suns.

Atlanta played some lousy defense at Ball Arena in Denver, allowing the Nuggets to score at will. Also, the Hawks surrendered a whopping 15 offensive rebounds while posting only a couple in a return. Trae Young finished with 21 points, seven assists, and seven turnovers, while the rest of the Hawks’ starting lineup combined for just 35 points.

The Hawks are tied with the Celtics for the No. 6 seed in the Eastern Conference, one game ahead of the Pacers and Heat, and half a game behind the fifth-seeded Hornets. Atlanta ranks ninth in the NBA in offensive efficiency (115.0 points per 100 possessions) and 23rd in defensive efficiency (113.5).

The Suns barely overcame Charlotte for their second straight win

The Phoenix Suns (31-14; 30-15 ATS) wrapped up a four-game road trip this past Sunday, outlasting the Charlotte Hornets in overtime as 6.5-point favorites, 101-97. It was their fifth win in the last six games overall, and the Suns are 4-2 ATS in that stretch.

Devin Booker had a big game in Charlotte, accounting for 35 points, six rebounds, and three assists. The Suns struggled with their outside shooting all night, making only 35.4% of their field goals and 20.0% of their 3-pointers, so it’s no strange that Phoenix blew a 16-point fourth-quarter lead. At least, the Suns kept their heads cool in overtime to stay on the winning path.

Phoenix is the No. 2 seed in the Western Conference, three games behind the Utah Jazz, and one game ahead of the LA Clippers. The Suns own the fourth-best defensive rating (108.9) and the eighth-best offensive rating in the league (115.4). They lead the NBA in assists allowed per 100 possessions (22.0) and are second in opponent 3-point percentage (34.1%).

The Suns have been terrific defensively so far this season, and I’m backing them to put on another strong performance against the shorthanded Hawks. Phoenix will put some pressure on Trae Young, while the Hawks could struggle mightily on both sides of the ball if Clint Capela sits out.

Also, the Suns have been covering the spread frequently, going 12-4 ATS in their last 16 home games and 10-5 ATS in their previous 15 outings on the home court as favorites of 5.5 or more points.

The under is 5-1 in the Suns’ last six home tilts, and it is 9-4 in the previous 13 encounters between Phoenix and Atlanta. On the other side, five of Atlanta’s last nine games went in the under.

Five of the Suns’ last six outings produced fewer than 223 points in total, as well as four of the Hawks’ previous eight. Both teams average just below 97.5 possessions per 48 minutes, so I’m backing the under on the totals. Still, Phoenix remains my top betting pick here.