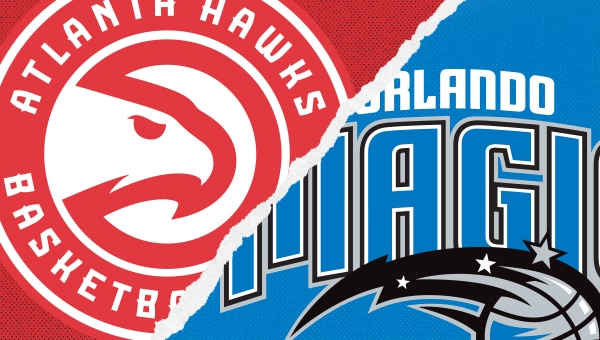 The Hawks are hoping to rebound after failing to cover as 9.5-point underdogs in their 116-81 loss to the Chicago Bulls in their last matchup. The game’s total points (197) came in well under the projected point total of 216.5. Chicago’s 0.172 free throw rate was their largest advantage over Atlanta, who had a mark of 0.093. The Bulls’ mark was below their season average of 0.190, while the Hawks’ was below their season average of 0.190. John Collins was the game’s leading scorer with 34 points on 14-for-26 shooting.

The last time the Magic played, they were beaten by the Milwaukee Bucks, 111-100. They were unable to cover as 6-point underdogs. The total points for the game (211) came in under the projected point total of 216.5. Milwaukee’s rebounding was their largest advantage. The Bucks had 13 offensive rebounds and 57 total rebounds, while the Magic had five and 35, respectively. Orlando’s Nikola Vucevic contributed 21 points and eight rebounds in the contest.

This is the second game of the season between these two teams. Trae Young scored a game-high 39 points in the first matchup, in which the Hawks beat the Magic 103-99, covering as 2-point underdogs. He also had nine assists and seven rebounds. The game finished with a total of 202 points, which was 14 points below the projected point total of 216 points. Atlanta had a much better effective field goal percentage (0.565 vs. 0.379). Orlando, meanwhile, did an excellent job of making free throws (24-26; 92.3 percent).

Atlanta heads into the game with records of 6-27 straight up (SU) and 13-20 against the spread (ATS). Vegas has typically been fairly accurate when setting the total of Hawks games, with 18 overs compared to 15 unders.

Meanwhile, Orlando is 14-18 SU and 13-15-4 ATS. There does not appear to be a trend for games involving the Magic in regards to the O/U total, as there has been an even split between games finishing over and under.

Based on each team’s statistical profile, ball protection could play a significant role in this battle. Orlando commits the second-fewest miscues in the league (turnover percentage of 12.4 percent), while the ball-hawking defense of Atlanta forces the fourth-most (opponents’ turnover percentage of 15.0 percent). This game should be a matchup of opposite tempos. The up-tempo Hawks rank second in possessions per game, while the more half-court oriented Magic rank 28th.

Orlando averages 6.6 blocks per game, which ranks third in the NBA. Atlanta ranks 28th in blocks allowed per game (6.8).

Over its last five games, Atlanta is 1-4 ATS with 3 unders and 2 overs.

The Hawks’ average margin of defeat in their last five games has been 15.8, up from 11.0 for the season.