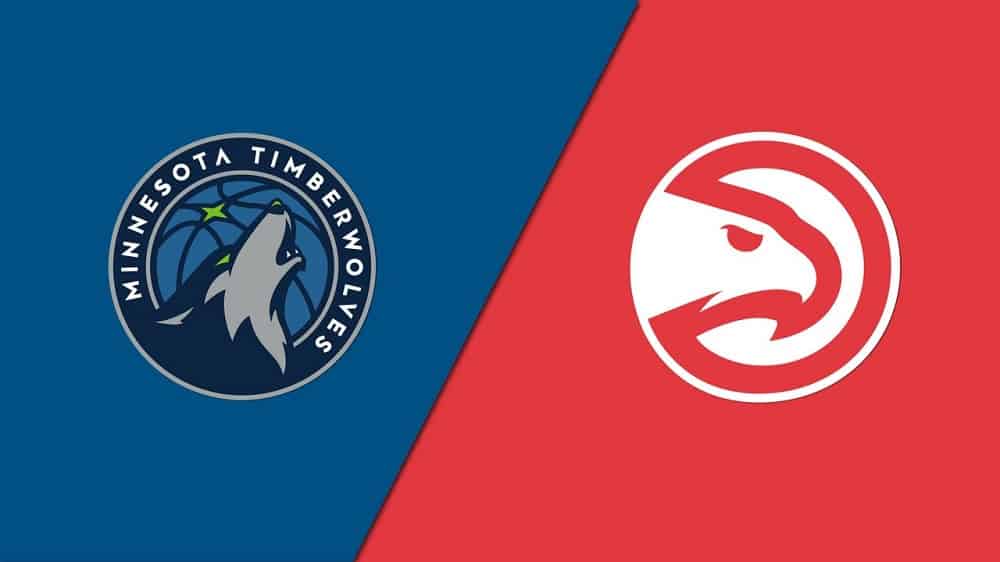 The Atlanta Hawks tip off a two-game road trip Friday at Target Center in Minneapolis, taking on the hapless Minnesota Timberwolves, so I’ve prepared the best betting pick for this interconference showdown along with all need-to-know betting tips and trends.

The Hawks opened as 4-point favorites on DraftKings Sportsbook. They are still without Danilo Gallinari, Bogdan Bogdanovic, and Kris Dunn due to injuries, while both Cam Reddish and De’Andre Hunter are questionable to play. The T-Wolves, on the other side, miss Karl-Anthony Towns, Ricky Rubio, and Juancho Hernangomez due to the medical protocols.

Atlanta and Minnesota already met each other this past Monday, and the Hawks outlasted the Timberwolves 108-97 as 7.5-point home favorites with a total of 229.0 points. It was their fourth win in the last five encounters with Minnesota.

The Hawks look to extend their winning streak

After that home win over the T-Wolves, the Atlanta Hawks (7-7; 7-7 ATS) beat the Detroit Pistons 123-115 in overtime, covering a 4.5-point spread. Trae Young went off for 38 points to help his team overcome a 17-point deficit with just ten minutes left on the clock.

John Collins had a big game, too, accounting for 31 points and 11 rebounds. Clint Capela added 27 points and ridiculous 26 rebounds, but the Hawks’ second unit contributed with just four points on 2-for-12 shooting from the field.

The Timberwolves sit bottom of the Western Conference

The Minnesota Timberwolves (3-10; 6-7 ATS) are enjoying another horrible season. They’ve dropped ten of their previous 11 contests overall along with a 96-88 victory to the San Antonio Spurs. The T-Wolves are riding a three-game losing streak following a 97-96 defeat to the Orlando Magic this past Wednesday.

Minnesota extended its slide thanks to Cole Anthony’s buzzer-beating triple, blowing a 20-point lead. D’Angelo Russell led the way with 19 points and six assists, but the Timberwolves scored only 44 second-half points.

Both Atlanta and Minnesota will be shorthanded, and the Hawks should have more firepower than the Timberwolves. Without Karl-Anthony Towns, the T-Wolves are not a serious team and would struggle to beat Gonzaga.

The hosts stand a chance, of course, but they’ll have a mountain to climb. The Hawks are slowly building up their form, while Clint Capela and John Collins should dominate their opponents in the paint. If they continue to play solid defense, the Hawks will easily see off the Timberwolves’ challenge.

As I’ve mentioned a few times, the Hawks have been excellent on the defensive end thus far, and I expect to see more of the same against the Timberwolves’ struggling offense. Just a few days ago, the Hawks limited Minnesota to 97 points, while the under is 9-1 in Atlanta’s previous ten games overall.

Furthermore, both these teams have huge offensive problems, and if they continue to execute in the same manner, this game will go way in the under. Just one of Atlanta’s last ten games produced more than 221 points in total, as well as one of Minnesota’s previous four contests.