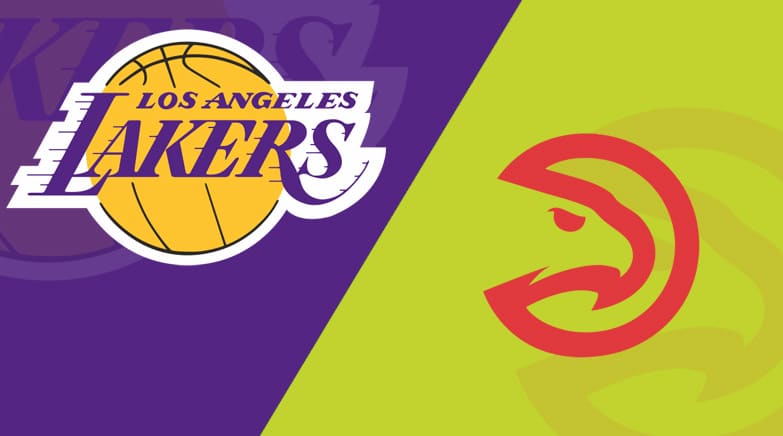 A couple of in-form teams meet at Staples Center in Los Angeles this Saturday, so here’s my best Atlanta Hawks vs. Los Angeles Lakers betting pick along with the latest team news, stats, and odds update on BetRivers Sportsbook.

The Hawks and Lakers wrap up their two-game regular-season series, and back on February 1, Los Angeles earned a 107-99 victory at Atlanta as a 7-point road fave. This time, the Lakers are listed as 4-point home favorites with a total of 224.0 points.

Los Angeles is without Anthony Davis (calf), while Marc Gasol is questionable to play after clearing the COVID-19 medical protocols on Thursday. On the other side, Atlanta misses Cam Reddish (Achilles tendon) and De’Andre Hunter (knee).

The Hawks aim for their eighth straight win

The Atlanta Hawks (21-20; 21-19-1 ATS) start an eight-game road trip Saturday in LA, rolling on a seven-game winning streak. They finally look like a playoff team, and during their terrific run, the Hawks have covered the spread five times along with one push.

Atlanta is coming off a 116-93 dismantling off the Oklahoma City Thunder this past Thursday. Trae Young accounted for 23 points and nine assists; John Collins had 19 points and three blocks, while Bogdan Bogdanovic added 23 points and six boards off the bench.

The Lakers smashed the Hornets for their fourth straight victory

The Los Angeles Lakers (28-13; 21-20 ATS) are coming off a comfortable 116-105 home victory over the Charlotte Hornets this past Thursday. It was their fourth consecutive win, while the Lakers are 5-0 ATS over their previous five outings.

LeBron James tortured the Hornets for 37 points, eight rebounds, and six assists. Dennis Schroder had a good game and finished with 22 points, seven assists, and four rebounds, while Kyle Kuzma and Talen Horton-Tucker added 12 points each.

The red-hot Hawks certainly stand a chance against the reigning champs who miss Anthony Davis, but I have to go with the Lakers to win and cover. LeBron James and his teammates have played well since the All-Star break, especially on the defensive end.

Three of the Hawks’ last four games went in the under. During that stretch, Atlanta limited its opponents below 100 points twice while surrendering 106 and 107 points on the other two occasions. As well as the Lakers, the Hawks defend the 3-point line well (fourth-best in the NBA), so I’m going with the under on the totals.

The under has hit in eight of the Lakers’ last ten encounters with the Eastern Conference. In three of their last four outings, the Lakers held their rivals below 106 points. Also, four of the previous five matchups between Atlanta and Los Angeles went in the under.