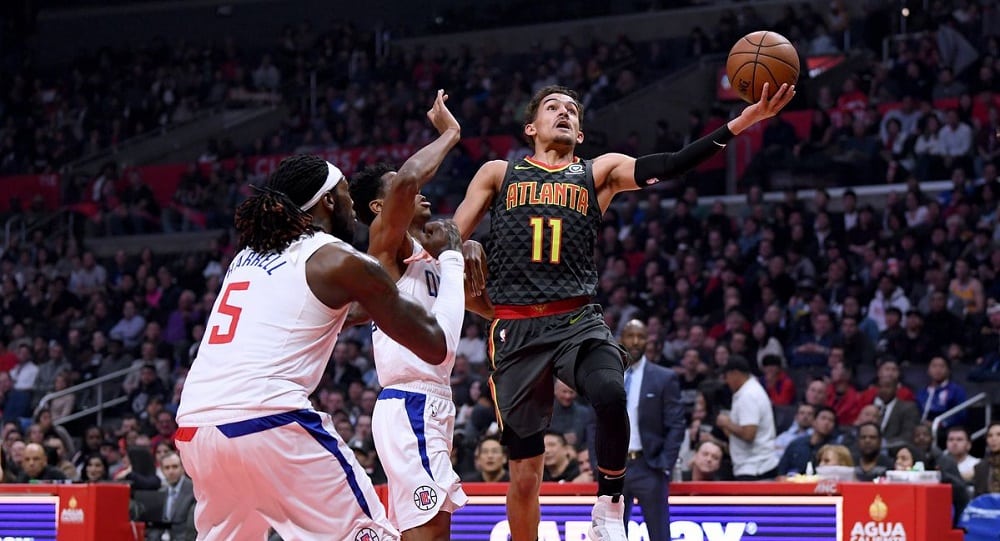 The Atlanta Hawks (22-20; 22-19-1 ATS) continue their eight-game road trip Monday night with the highly anticipated interconference clash against the Los Angeles Clippers (27-16; 23-20 ATS), so I’ve prepared the best betting pick and tips along with the latest team news and stats.

The Hawks and Clippers wrap up their two-game regular-season set, and Atlanta defeated LA as a 6-point home dog in the opener, 108-99. The Clippers opened as firm 6.5-point home favorites for Monday’s contest, while the totals sit at 226.0 points on BetMGM Sportsbook.

The Hawks outlasted the reigning champs for their eighth straight victory

The Atlanta Hawks extended their tremendous run with a 99-94 victory over the short-handed Los Angeles Lakers this past Saturday. The reigning NBA champions missed Anthony Davis, while LeBron James exited in the second quarter due to an ankle injury, so the Hawks took full advantage and tallied their fifth consecutive win on the road.

The Hawks shot just 39.8% from the field against the Lakers, but their defense was terrific. Also, the Hawks turned the ball over just eight times while forcing 16 turnovers on the other side. John Collins went off for 27 points and 16 rebounds, making 11 of his 15 field-goal attempts, and the Hawks desperately need more of the same from the Wake Forest product.

Collins is averaging 18.2 points and 7.8 rebounds per game, while Clint Capela is posting 14.4 points and 14.2 boards a night. Trae Young is tallying 25.7 points and 9.4 assists per contest and the Hawks are posting the ninth-best offensive rating in the NBA (114.8 points per 100 possessions).

The Clippers dismantled Charlotte, look to stay on the winning path

The Los Angeles Clippers haven’t won two straight games since mid-February. At least, they’ve won three of their last five contests overall and will try to finally put two strong outings together. The Clippers are coming off a 125-98 thrashing off the Charlotte Hornets this past Saturday, covering a 9.5-point spread with ease.

LA dominated Charlotte for all 48 minutes, holding the Hornets to 38.8% shooting from the field. Paul George led the way with 21 points, while six more guys scored in double figures. The Clippers used all their 13 players in the rotation which tells you enough how competitive this game was.

I’ve got burned on the Hawks two days ago, expecting them to finally lose, but LeBron James’ injury was too much for the Lakers. This time, I’m looking for the Clippers to put an end to Atlanta’s winning streak.

The Hawks are playing solid defense and are second-best in the league when it comes to defending the 3-point line. However, the Clippers are capable of scoring baskets in many different ways and should have enough weapons to see off Atlanta’s challenge.

The under is 4-1 in Atlanta’s last five outings, and the Hawks limited their opponents below 100 points three times during that span. On the other side, seven of LA’s last ten tilts went in the under, and in its last three showings, one of the teams failed to surpass a 100-point mark.

Therefore, I’m sticking with these betting trends, as it paid off in the Hawks’ previous game. Also, both Atlanta and LA play at a slow pace, averaging just below 98.0 possessions per 48 minutes each.