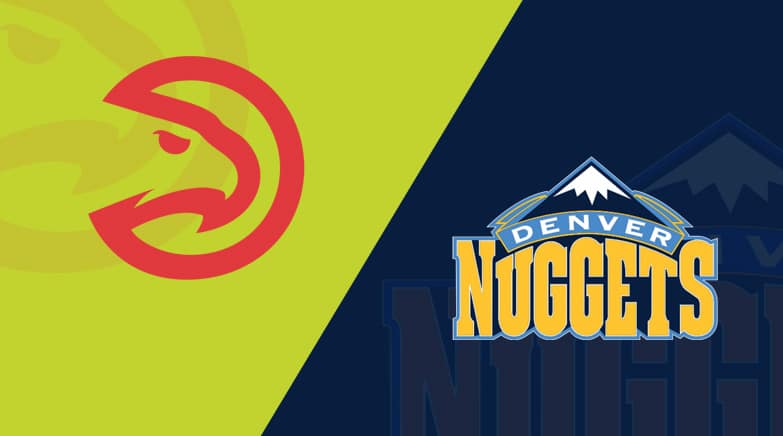 The Atlanta Hawks and Denver Nuggets will close down their two-game regular-season series Sunday night at Ball Arena in Denver, so I bring you the best betting pick and odds for their interconference showdown.

Back on February 21, the Hawks outlasted the Nuggets as 2.5-point home underdogs, 123-115, recording their third win in the last four encounters with Denver. This time, the Hawks are 4.5-point road underdogs on BetMGM Sportsbook, while the Nuggets are listed as -190 moneyline favorites with a total of 228.5 points.

Atlanta smashed the Warriors to halt a two-game slide

John Collins went bonkers in San Francisco, dropping 38 points on Golden State. He made 14 of his 19 field-goal attempts and posted 12 rebounds, as the Hawks dominated the Dubs on the low post and accounted for 60 points in the paint.

Trae Young tortured the Nuggets in February for 35 points and 15 assists, and he’s averaging 23.9 points and 9.5 dimes a night over his previous ten outings. The Hawks have won nine of their last 11 games overall and are tied with the Knicks for the No. 5 seed in the Eastern Conference. Atlanta ranks ninth in offensive efficiency (115.2 points per 100 possessions) and 22nd in defensive efficiency (113.0).

Denver beat the Pels, Jokic put on a show once more

The Denver Nuggets wrapped up their three-game road trip last Friday, outlasting New Orleans as 2.5-point favorites, 113-108. After tallying 28 points in a 110-99 win at Orlando and 20 points in a heavy 135-111 defeat at Toronto, Nikola Jokic topped the Nuggets’ scoring chart once more and dropped 37 points on the Pelicans.

The Nuggets struggled mightily to cope with Zion Williamson who finished with 39 points on 16-for-19 shooting, but Jokic was a key figure down the stretch. Also, the Nuggets played some terrific defense in the crunch time and held the Pels scoreless through the final two minutes.

Just before the trade deadline, Denver acquired Aaron Gordon and JaVale McGee, and both these guys should be ready to go Sunday. Their arrival should boost the Nuggets’ defense that is yielding 112.8 points per 100 possessions (21st in the NBA). Denver ranks fourth in offensive efficiency (117.6).

The Hawks scored 56 points in the paint last time against the Nuggets and will look to take full advantage of Denver’s interior defense once again. The Nuggets will struggle to cope with the Hawks’ pick-and-roll, but they will torture Atlanta’s defense as well, as Denver ranks sixth in the league in effective field goal percentage (56.2%).

This should be a tight clash, and I’m looking for the Nuggets to step up in the crunch time like they did last Friday in New Orleans. Nikola Jokic has been ridiculously good so far, racking up 27.2 points, 11.1 boards, and 8.6 assists per game, while Jamal Murray is shooting 45.0% from deep over his last ten contests.

The previous clash between the Hawks and Nuggets produced 238 points in total, and four of their last five encounters went in the over. However, the under is 7-4 in Denver’s last 11 games, and it is 5-3 in Atlanta’s previous eight.

Neither Hawks nor Nuggets prefer to rush things, averaging below 97.5 possessions per 48 minutes each, so I’m backing the under.