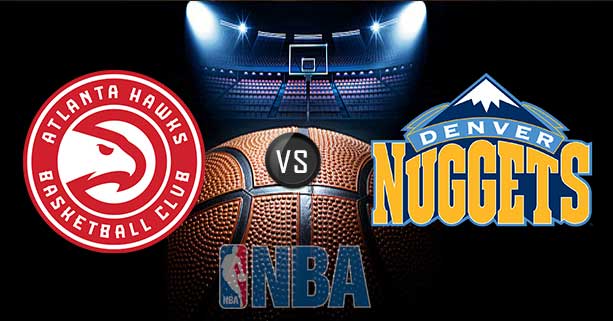 In the Hawks’ last game, they were beaten by the Portland Trail Blazers, 124-113, and failed to cover as 9-point underdogs. The game’s combined points (237) were over the projected point total of 226. Portland’s rebounding was their biggest strength. The Trail Blazers had 16 offensive rebounds and 61 total rebounds, while the Hawks had 11 and 48, respectively. Trae Young was the game’s leading scorer with 35 points on 9-for-30 shooting.

The Nuggets edged the Minnesota Timberwolves in their last matchup, 100-98, but failed to cover as 4-point favorites. The game’s total points (198) came in well under the O/U total of 218.5. Denver’s effective field goal percentage was their largest strength over Minnesota. The Nuggets had a rate of 0.441 (below their season average of 0.492), while the Timberwolves posted a mark of 0.381 (below their season average of 0.504). Nikola Jokic led Denver in scoring with 20 points on 9-for-23 shooting from the field.

Atlanta comes into the contest with records of 3-6 straight up (SU) and 4-5 against the spread (ATS). Games including the Hawks have typically gone under the total (77.8 percent).

Denver is 7-2 SU, but they are just 3-5-1 ATS. Similarly to Atlanta, Nuggets games also have typically gone under the total (88.9 percent).

These two teams split two games last season. In the last game, the Hawks won 106-98. Atlanta’s 0.511 effective field goal percentage was its largest strength over Denver, who had a mark of 0.418.

The Hawks average 8.3 steals per game, which ranks fifth in the league. The Nuggets rank 16th in steals allowed per game (7.2).