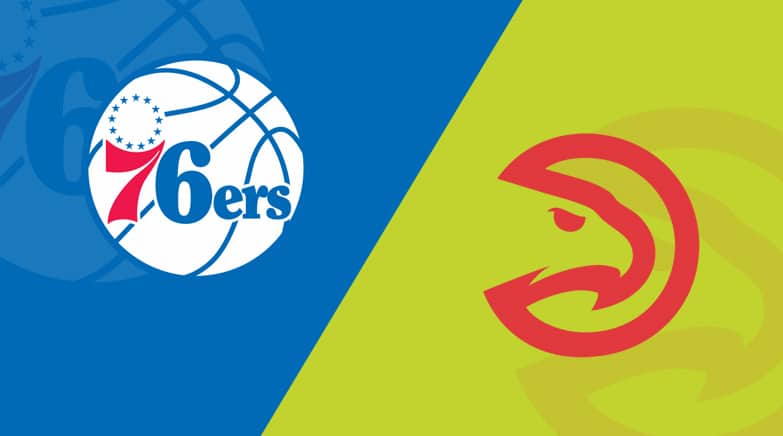 The Hawks come in on a high note after covering the 2-point spread against the Dallas Mavericks in their last matchup, 111-107. The combined points for the game (218) finished well under the O/U total of 237. The Hawks had a ridiculously low turnover percentage of 8.4 (better than their season average of 13.9) and held the Mavericks to an offensive rebounding percentage of 20.0 (below the 25.3 mark opponents have averaged against Atlanta this season). Atlanta was led by John Collins, who was the game’s high scorer with 35 points on 13-for-18 shooting.

The last time the 76ers played, they got blown out by the Milwaukee Bucks, 119-98. They were unable to cover as 9.5-point underdogs. The game’s total points (217) were under the O/U total of 227.5. Milwaukee’s 0.604 effective field goal percentage was their biggest advantage over Philadelphia, who had a rate of 0.415. The Bucks’ mark was above their season average of 0.556, while the 76ers’ was below their season average of 0.527. Joel Embiid had a good game for Philadelphia, leading the team in scoring with 17 points on 5-for-18 shooting.

The two teams have split their two matchups this season. The Hawks won the most recent matchup 127-117, covering as 6-point underdogs. The game finished with a total of 244 points, which was 16 points above the projected point total of 228 points. Atlanta had a much better offensive rebounding percentage (22.7 vs. 17.4). Philadelphia, on the other hand, had a better turnover percentage (10.5 vs. 13.4). Trae Young recorded a double-double with 39 points and 18 assists.

Philadelphia should have the advantage on the defensive side of the ball. The 76ers rank ninth in effective field goal percentage allowed (0.515), while Atlanta is 25th in effective field goal percentage (0.513). Opposite styles will be on display in this showdown. The fast-breaking Hawks rank third in possessions per game, while the more half-court oriented 76ers rank 23rd.

Philadelphia is 2-2-1 ATS with 3 unders and 2 overs over its last five games.

The Hawks’ average margin of defeat in their last five games has been 3.4, down from 8.3 for the season.