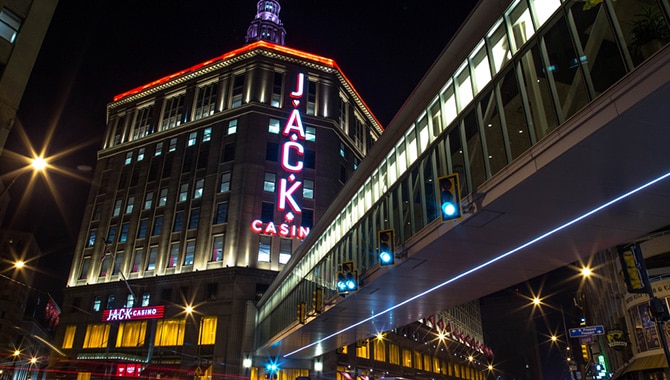 Two bills are under deliberation right now that could have Ohio among the ranks of those that allow wagering. When casino legislation passed in Ohio in 2009, that had to go to a general vote because it required an amendment to the state constitution. The expectation from legal experts regarding sports betting is that it may just need to be signed into law if the lottery runs it, but may need another state constitution amendment if the casino control commission runs it. We’ll have to wait and see.

DeWine has not been vehemently opposed to sports betting like some governors, but the issue has never really been at the forefront of the state’s political agenda, at least not until recently. Bills were sitting in committees or bouncing around the state House of Representatives or the state Senate, but had never really moved forward.

Now, things are progressing rapidly. Ohio was pretty late to the party with casino gambling, so it comes as no surprise that sports betting legislation moved at a glacial pace, but the sudden urgency to infuse some more money into the state’s education initiatives has sports betting in the state closer to the proverbial end zone than ever before.

There are two separate bills in Ohio, with a House bill that would give the Ohio Lottery Commission the oversight with sports betting. The Senate bill, which is the one preferred by DeWine, would put sports betting in the hands of the Ohio Casino Control Commission. House Bill 194 passed by an 83-10 vote and was then passed to the Senate. The 10% tax rate proposed in the bill would make Ohio a very competitive state for operators, much like what we have seen in Colorado, but Ohio only has four full-fledged brick-and-mortar casinos and seven racinos.

The House bill does include mobile betting, which is arguably the most important point of emphasis. States with retail only betting are definitely limiting themselves in terms of handle. If betting is available on a broad scale, it is sure to generate a lot more revenue for the state.

Less is known about the Senate bill, except for the big difference that the Ohio Casino Control Commission would have oversight. The Senate version does have a much lower 6.25% tax rate, which would create immense competition for the available licenses. Another big difference is that the Senate bill would go for the state’s general fund as opposed to going to education, which is what Ohio Lottery proceeds currently go for.

Ohio’s four casinos are spread across the state in Cleveland, Columbus, Cincinnati, and Toledo. Cleveland is a JACK Entertainment property, but maybe not for long because JACK has been selling off properties, including the Cincinnati casino and Greektown Casino in Detroit. The Cincinnati JACK property was sold to Hard Rock in 2019.

Columbus and Toledo are Hollywood Casino properties. So, too, are the racinos in Youngstown (Mahoning Valley) and Dayton. The Meadows in Pennsylvania is from the same corporation and has a DraftKings Sportsbook, which may shed some light on the operator would gain entry into Ohio.

Scioto Downs in Columbus is owned by Eldorado Resorts, who has a partnership with William Hill. Belterra Park outside of Cincinnati is a Boyd Gaming property and Boyd has partnered with FanDuel outside of Nevada. Miami Valley Gaming is a Churchill Downs Inc. and Delaware North property. Churchill Downs Inc. has some partnerships with BetAmerica, while Delaware North recently paired with IGT in West Virginia and Arkansas. If multiple licenses are available per property, it wouldn’t be a shock to see both operators in the state.

Ohio can expect to have BetMGM, Hard Rock, DraftKings, William Hill, FanDuel, and BetAmerica at a minimum, but it would be hard not to see additional operators like BetRivers or PointsBet attempt to get into the market. In other words, Ohio could have a ton of options, depending on how everything shakes out within the state.

For the first time in a long time, it doesn’t just appear to be talk in the Buckeye State. It looks like legislation will be moving forward and if sports betting isn’t legal before the end of 2020, it should be a lock for 2021 with DeWine in favor and the need for an influx of cash for the state’s budget. 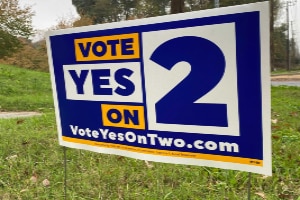