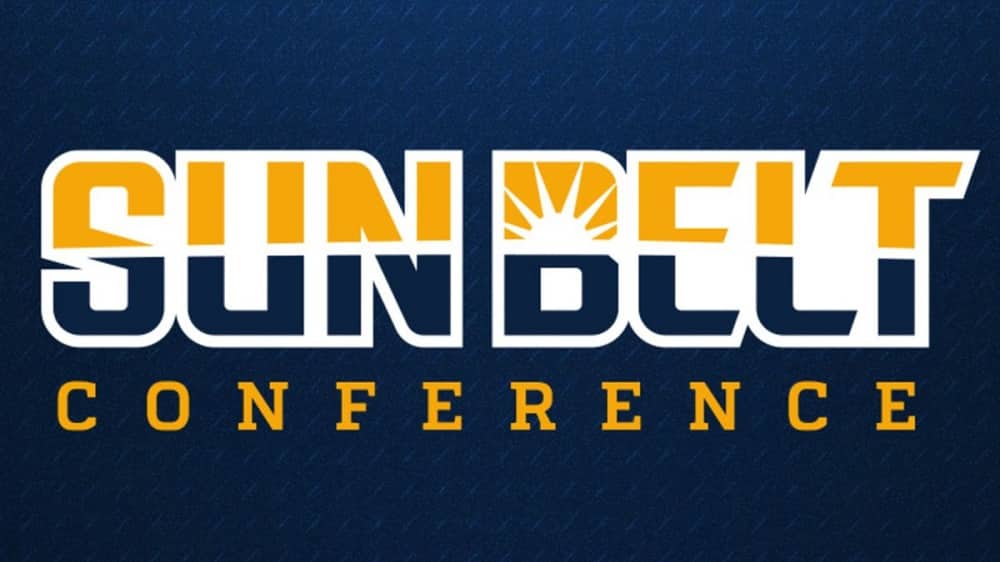 The Sun Belt, more affectionately known as the “Fun Belt”, is a great conference for college football bettors. There are a lot of people that don’t dig deep enough to pay attention to this conference and the games in this league often yield some of the best betting opportunities.

There are some really bad teams in this conference, but year in and year out at least one of these teams gets ranked in the Top 25 and gets into the discussion about being the Group of Five team in a New Year’s Day bowl game.

The reality is that the Sun Belt holds a special place in the hearts of sharper college football bettors and even those amateurs that like to be as informed as possible and seek out the best bets in a given week.

Even if you don’t have a pick for the Sun Belt Conference champion, looking at the odds will give you an idea how the teams stack up for the 2021 season.

As you can see, the conference champion odds are pretty top-heavy going into the season, but a lot can change with injury or if a coach just happens to push the right buttons at the right times.

Appalachian State had a run of four straight seasons as the outright champion or the co-champion in this conference snapped last year. Coastal Carolina and Louisiana shared the honors after the Sun Belt Conference Championship Game was postponed due to COVID-19.

It is Louisiana that is the favorite because the West Division is far weaker than the East Division, where Coastal Carolina and Appalachian State will play head-to-head on October 20 in a spotlight Wednesday night game on ESPN. The Chanticleers and Mountaineers also have to contend with a solid Georgia State and a Troy program that recruits well and can be a factor from time to time.

Louisiana has very little to worry about, as the Ragin’ Cajuns play Appalachian State at home, but avoid Coastal Carolina and get Arkansas State in a rebuilding year with a new head coach.

With that in mind, Louisiana is the favorite, followed by Coastal Carolina, and then Appalachian State. There is a huge gap to the rest of the conference, but the only long shot value appears to be in the West Division if somebody can beat Louisiana head-to-head. Leapfrogging both Coastal and App State would be tough in the East.

It is really nice to see some new blood in the Sun Belt Conference having success. For years, Appalachian State has been the model program in the Sun Belt, having been a team that gets some run in the national spotlight as well. Being consistent as a Group of Five program is hard. Doing it to the degree that Appalachian State has done it, with a rotating carousel of coaches, is even harder.

Even though the Mountaineers are not the preseason favorites this year, this is a team that has lost all of nine conference games in the last 10 seasons. They’ve lost six in the last five seasons. No current Sun Belt Conference member has lost fewer than 12 in that span.

As the great Ric Flair said, “To be the man, you have to beat the man.” Well, Coastal Carolina beat the man last season and we have a 1a and 1b battle in the East Division between the Mountaineers and the Chanticleers. The reason why Louisiana is the preseason favorite is because nobody in the West Division is on the same level, at least not on paper, and it is the far weaker of the two divisions.

Coastal Carolina returns a lot of last year’s one-loss team, including quarterback Grayson McCall. Appalachian State will have a new gunslinger for the first time in a few seasons in Duke transfer Chase Brice, who was originally recruited to Clemson. There are a lot of standout players in this conference that can be game-changers, both in league play and in some upset bids against Power Five schools.

This is a conference that you should get to know because the non-conference schedule is littered with ACC and SEC teams in those all-important “paycheck games” for the Group of Five schools. Not to mention, we’ll that get weeknight Fun Belt action on ESPN later in the year as well.

It should be a great season in the Sun Belt Conference. Georgia State and Arkansas State look like teams that could make some waves, especially the Panthers with 19 returning starters and the somewhat surprising return of head coach Shawn Elliott, who did have other job offers. The Red Wolves will start anew with Butch Jones, who is back in the coaching game for the first time since 2017.